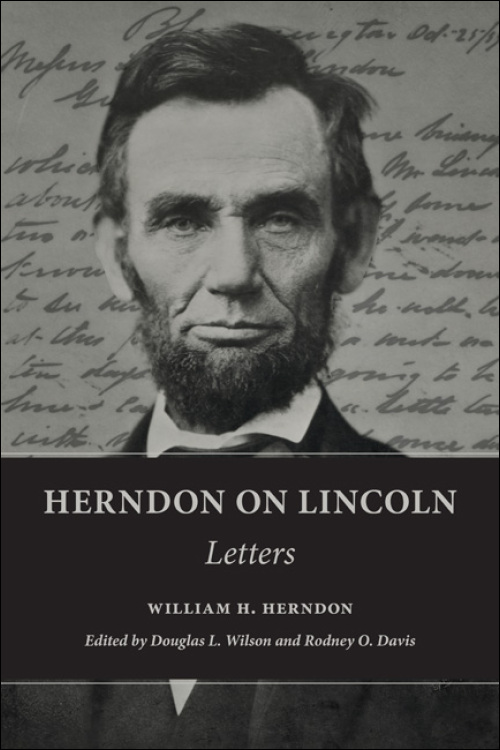 After Abraham Lincoln's assassination, William Herndon, his former law partner, began exhaustive research on what would become his influential biography of the late president. As Herndon's biographer David Donald said, "To understand Herndon's own rather peculiar approach to Lincoln biography, one must go back to his letters."

Herndon carried on an extensive correspondence with people who wanted to know more about the late president. In Herndon on Lincoln: Letters, Douglas L. Wilson and Rodney O. Davis collect the fruits of those exchanges. This invaluable resource offers unique insights into Lincoln's life and career from someone close to him during Lincoln's time as a lawyer, Republican Party founder, and candidate for office, all rendered in Herndon's own authoritative and distinctive voice. A trove of primary source material, Herndon on Lincoln: Letters is a must for libraries, research institutions, and scholars of a towering American figure and his times.

William H. Herndon (1818-1891) was Abraham Lincoln's law partner from 1844 until Lincoln became president in 1861. In 1889, he co-published a biography of the late president called Herndon's Lincoln: The True Story of a Great Life. Douglas L. Wilson>/b> is the director of the Lincoln Studies Center at Knox College, in Galesburg, Illinois. Rodney O. Davis (d. 2019) was co-director of the Lincoln Studies Center at Knox College. They are coeditors of Lincoln's Confidant: The Life of Noah Brooks; Herndon's Informants: Letters, Interviews, and Statements about Abraham Lincoln; The Lincoln-Douglas Debates; and Herndon's Lincoln. 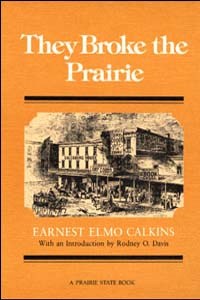 "An eye-opening look at many facets of Lincoln: his parents (the father illiterate, the mother from what Herndon calls 'a lecherous family'); his pastimes (he loved playing chess and handball); his lax parenting style (he was 'a tool or a slave' to his young boys, letting them run wild in the law office); and his predictions (he foresaw his assassination, saying more than once, 'Billy, I feel as if I shall meet with some terrible end')."--Wall Street Journal

"Acclaimed Lincoln scholars Wilson and Davis have combed the large correspondence of Lincoln's law partner Herndon to discover every reference to Lincoln as a man, a public figure, and an almost mythological hero, and have selected for this book those letters that have substantive value as "information, anecdote, opinion, or speculation" about the president."--Library Journal

"This an excellent work and an essential one for anyone interested in Lincoln and the man who strove to tell his story as he believed it should be told."--Civil War News

"A treasure trove for Lincoln scholars. . . . Herndon's voluminous and detailed letters, identified and annotated expertly by Wilson and Davis, confirm the late Lincoln scholar David Donald's observation that 'To understand Herndon's own rather peculiar approach to Lincoln biography, one must go back to his letters.' Essential."--Choice

"A major scholarly achievement that will be of great value to Lincoln biographers and scholars."--James M. McPherson, author of War on the Waters: The Union and Confederate Navies, 1861-1865

"William Henry Herndon's biography of his one-time law partner, Abraham Lincoln, has long been the gold standard for Lincoln biographies. But Herndon's voluminous correspondence with friends, publishers, and the merely curious are almost as rich in substance as Herndon's biography. Wilson and Davis have now given us a thorough collection of Herndon's letters, thoroughly identified and noted, which will stand as major contribution to any study of the life of Abraham Lincoln."--Allen C. Guelzo, author of Abraham Lincoln: Redeemer President

"This invaluable collection of Herndon's letters about Lincoln ably supplements Herndon's Informants, the editors' magnificent compilation of reminiscences gathered by Herndon from scores of people who knew Lincoln. Douglas L. Wilson and Rodney O. Davis, along with the University of Illinois Press, deserve the undying gratitude of everyone who cares about Lincoln in particular and American history in general."--Michael Burlingame, author of Abraham Lincoln: A Life

"This compilation of letters, many of which are published for the first time and are gathered from repositories from across the nation, adds significantly to our understanding of both Lincoln and the man who was his law partner for nearly two decades. Herndon defenders as well as critics will find great value in this comprehensive and carefully annotated volume."--Edna Greene Medford, co-author of The Emancipation Proclamation: Three Views