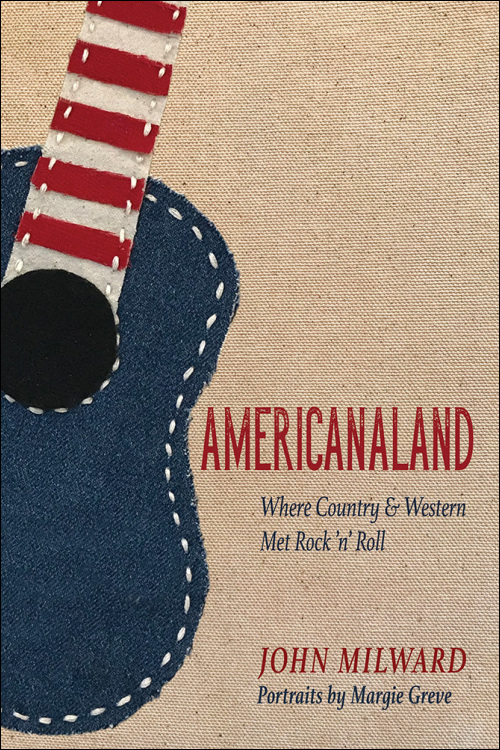 With a claim on artists from Jimmie Rodgers to Jason Isbell, Americana can be hard to define, but you know it when you hear it. John Milward’s Americanaland is filled with the enduring performers and vivid stories that are at the heart of Americana. At base a hybrid of rock and country, Americana is also infused with folk, blues, R&B, bluegrass, and other types of roots music. Performers like Bob Dylan, Johnny Cash, Ray Charles, Joni Mitchell, and Gram Parsons used these ingredients to create influential music that took well-established genres down exciting new roads. The name Americana was coined in the 1990s to describe similarly inclined artists like Emmylou Harris, Steve Earle, and Wilco; today, Brandi Carlile and I’m With Her are among the musicians carrying the genre into the twenty-first century.Essential and engaging, Americanaland chronicles the evolution and resonance of this ever-changing amalgam of American music. Margie Greve’s hand-embroidered color portraits offer a portfolio of some of the pioneers and contemporary practitioners of Americana.

John Milward has written about popular music for more than forty years; he was the chief pop music critic for the Chicago Daily News and USA Today and has written for Rolling Stone, the New York Times, and No Depression. He is the author of Crossroads: How the Blues Shaped Rock ’n’ Roll (and Rock Saved the Blues). Margie Greve’s work has appeared in Rolling Stone and the New Yorker and has been shown in galleries in New York City and the Hudson Valley.

"With fresh insight and a great sprinkling of anecdotal details, this is a fabulous addition to the canon, enhanced by portraits of the musicians from illustrator Greve. It would be impossible for Milward to pack any more information into this well-researched and comprehensive book. Recommended to anyone and everyone interested in the history of American music. " --Library Journal (starred review)

"You won’t read a better book on the origins of Americana music this year and I’d be willing to bet it will be quite some time before there’s anything comparable to it. Americanaland is the book that many of us have been waiting for and Milward has timed his publishing perfectly to tap into the zeitgeist as this great music continues to make inroads around the world." --Americana UK

"John Milward’s Americanaland is a book with a sense of place and rhythm. Both are impeccable. The joy of this veteran music writer’s survey of the music that’s come to be called Americana is that he ranges far, digs deep, and dismisses no sound." --Chapter 16

"Americanaland provides a history, clearly showing a dedicated path through musical eras as it points a path to the future." --Alternate Root

"Milward has channeled the fascinating Americana story into 320 flowing and informative pages. Not content to simply recapitulate names, dates and deeds, he frequently provides valuable context and perspectives to the saga." --Bluegrass Unlimited

"Concise, lively, and informative, with many colorful anecdotes adding intriguing detail. Milward's deep knowledge of music history and expertise on roots-music genres make Americanaland an essential addition to the music book canon."--Holly George-Warren, author of Janis: Her Life and Music

"There’s a common thread that runs through the great patchwork quilt that's come to be known as Americana Music. John Milward has artfully followed every stitch of that thread and revealed the story behind every patch. In doing so he’s made huge strides in giving this rich genre the legitimacy it deserves."--Larry Campbell

"Encyclopedic. Kaleidoscopic. John Milward [offers an] account of a century of American music culminating in what we now call Americana. Countless stories of those who have brought this music that bubbles up from a bottomless well sunk deep in American soil."--Jim Rooney

See the illustrations below: 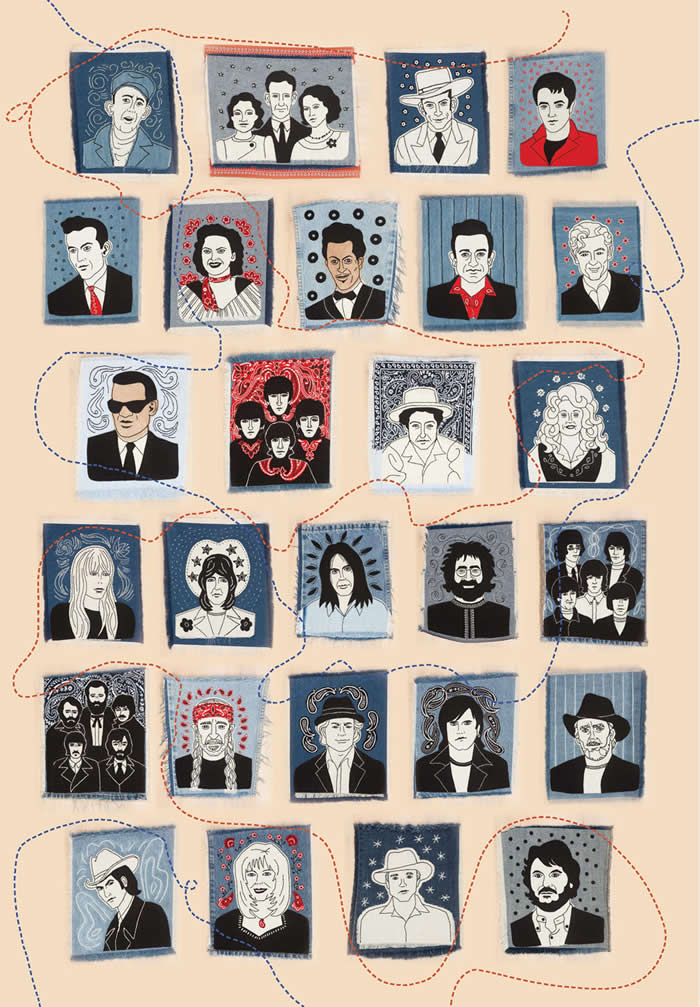