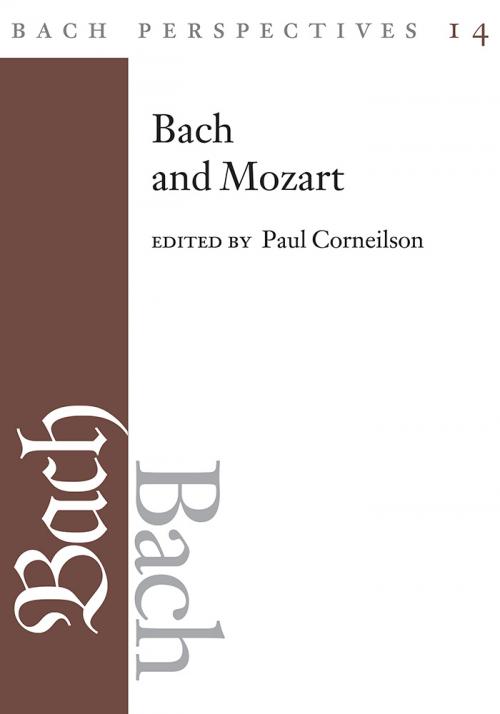 Today, the names Bach and Mozart are mostly associated with Johann Sebastian Bach and Wolfgang Amadeus Mozart. But this volume of Bach Perspectives offers essays on the lesser-known musical figures who share those illustrious names alongside new research on the legendary composers themselves. Topics include the keyboard transcriptions of J. S. Bach and Johann Gottfried Walther; J. S. Bach and W. A. Mozart's freelance work; the sonatas of C. P. E. Bach and Leopold Mozart; the early musical training given J. C. Bach by his father and half-brother; the surprising musical similarities between J. C. Bach and W. A. Mozart; and the latest documentary research on Mozart’s 1789 visit to the Thomasschule in Leipzig.

An official publication of the American Bach Society, Bach Perspectives, Volume 14 draws on a variety of approaches and a broad range of subject matter in presenting a new wave of innovative classical musical scholarship.

Paul Corneilson is the managing editor of Carl Philipp Emanuel Bach: The Complete Works at the Packard Humanities Institute and the author of The Autobiography of Ludwig Fischer: Mozart's First Osmin.

"It is a major challenge to do justice to the topic of Bach and Mozart and nearly impossible to fulfill the expectations of a book so entitled. Nevertheless, each of the six conference papers that make up the present volume (originally presented at the joint meeting of the American Bach and Mozart Societies at Stanford in 2019) add fresh and illuminating facets to the big picture of the two composers and their interrelationship."--Christoph Wolff, Bach's Musical Universe: The Composer and His Work