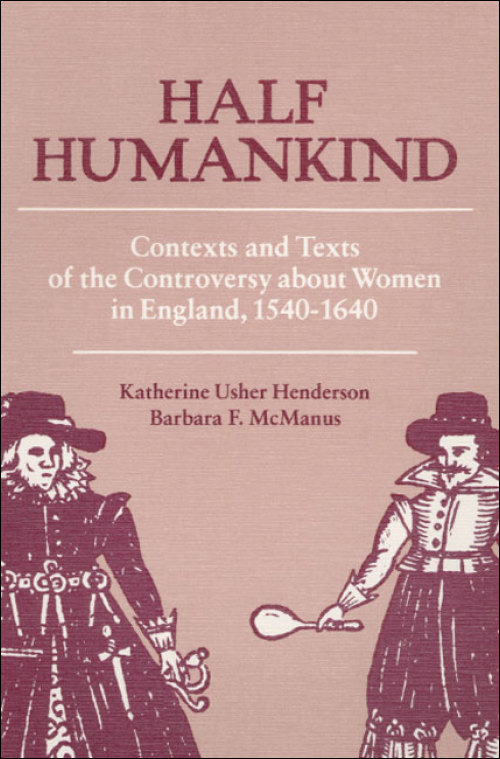 Half Humankind is the first study to provide modernized and annotated editions of the key documents from the controversy about women in Renaissance England. The selections -- ten treatises debating the merits of womankind and six eulogies and condemnations depicting actual women -- range in style from careful logic and studied eloquence to ribald humor and witty parody. Illuminated by an extensive discussion tying the selections to Renaissance society and traditional literature, this volume is an invaluable resource for scholars and students of literature, history, and women's studies.

Katherine Usher Henderson and Barbara F. McManus are faculty members at the College of New Rochelle in New York, where Henderson is professor of English and McManus is associate professor of classics and English.

"The authors present a useful anthology of otherwise inaccessible documents that are of historical interest and importance in and of themselves, as well as a useful commentary on the literary and social contexts of the controversy about women. Like the selections in the anthology, the authorial commentaries on the pamphlet wars serve to raise a host of fascinating questions about the status and image of women in literature and in real life, and about the manifold affinities and discrepancies between the two. The texts have been beautifully edited, and the authors write about them with intelligence, wit, and grace."--Harriet Hawkins, author of Likeness of Truth in Elizabeth and Restoration Drama