A Festival of Violence presents a detailed statistical study of over 2,800 lynchings in ten southern states. The authors' conclusion: economic and status concerns were at the heart of this racially-driven form of rough justice. Stewart Tolnay and E. M. Beck empirically test competing explanations of lynching's causes using United States Census and historical voting data and a newly constructed inventory of southern lynch victims. Among their surprising findings: lynching decreased in frequency when cotton prices rose and increased when prices fell. Their work proposes a theoretical model focused on social threat and competition for resources; explodes the widespread notion of lynching as popular justice; traces lynching's relationship to other aspects of cotton culture; links between lynching and political participation; and the Great Migration's possible role in the demise of lynching. 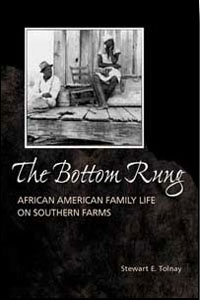 "A Festival of Violence is a first-rate piece of research and analysis on a topic of considerable historical importance. It represents a model exercise of using the historical and sociological literature to develop hypotheses and then analyzing them with social science tools to present the results in a broad historical, social scientific context. This is an important work of scholarship, of interest to historians and social scientists, as well as to those concerned with the study of African Americans and the U.S. South."--Stanley L. Engerman, University of Rochester