Stewart E. Tolnay is Professor Emeritus of sociology and S. Frank Miyamoto Endowed Professor at the University of Washington. He is the author of Lynched: The Victims of Southern Mob Violence and The Bottom Rung: African American Family Life on Southern Farms. 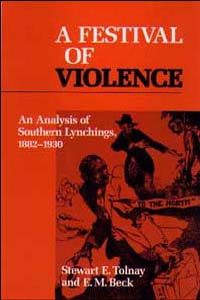 "This exciting and innovative analysis should be required reading for anyone seeking to understand the origins of African-American family structure. . . .Although the book has much to offer specialists, it is suitable for a broad audience, including undergraduates in introductory courses. . . . A major contribution to the literature."--Steven Ruggles, American Journal of Sociology

"By viewing developments over the course of the century, first in the rural South and then in urban settings, Tolnay explains how economic changes, government policies, and racial discrimination affected black families. Tolnay's arguments are persuasive, and his study deserves careful attention."--William F. Holmes, Journal of American History

"Tolnay's analysis illustrates the vital demographic patterns that defined southern black life in the first half of the twentieth century, without forgetting the people behind the numbers."--Labour History