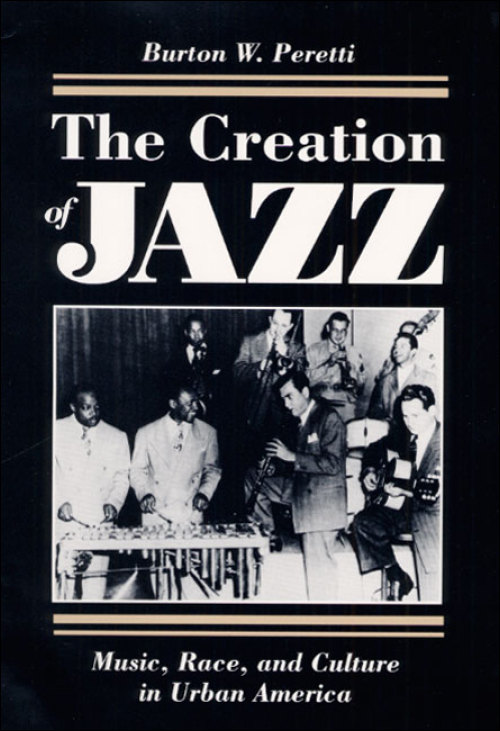 The Creation of Jazz

The story of jazz is more than a history of the music. The racial and cultural dynamics of American cities created the music, life, and business that was jazz.

Burton W. Peretti's classic study charts the life of jazz culture from its origins in the jook joints of sharecroppers and the streets and dance halls of 1890s New Orleans to the eve of bebop and World War II. As Perett shows, jazz was the epic story of players who transitioned from childhood spasm bands to Carnegie Hall and worldwide touring and fame. It became the music of the Twenties, a decade of Prohibition, of adolescent discontent, of Harlem pride, and of Americans hoping to preserve cultural traditions in an urban, commercial age. Finally, jazz was where black and white musicians performed together, as uneasy partners, in the big bands of Artie Shaw and Benny Goodman.

Drawing on archives and the firsthand testimony of more than seventy musicians and singers (among them Benny Carter, Bud Freeman, Kid Ory, and Mary Lou Williams), The Creation of Jazz offers a comprehensive analysis of the role of early jazz in American social history.

Burton W. Peretti is the dean of liberal arts at Northern Virginia Community College, Annadale. His books include The Leading Man: Hollywood and the Presidential Image and Jazz in American Culture.

"Peretti's great success is that he compels into collective form the many individual histories that have come down to us, giving context and resonance to that anecdotal raw material which until this book has been largely the special preserve of the jazz fan."--Journal of American Studies