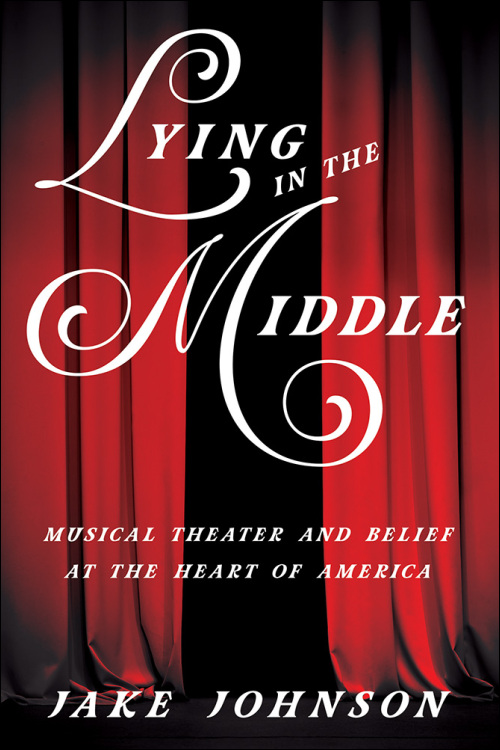 Lying in the Middle

The local and regional shows staged throughout America use musical theater’s inherent power of deception to cultivate worldviews opposed to mainstream ideas. Jake Johnson reveals how musical theater between the coasts inhabits the middle spaces between professional and amateur, urban and rural, fact and fiction, fantasy and reality, and truth and falsehood. The homegrown musical provides a space to engage belief and religion—imagining a better world while creating opportunities to expand what is possible in the current one. Whether it is the Oklahoma Senior Follies or a Mormon splinter group’s production of The Sound of Music, such productions give people a chance to jolt themselves out of today’s post-truth malaise and move toward a world more in line with their desires for justice, reconciliation, and community.

Vibrant and strikingly original, Lying in the Middle discovers some of the most potent musical theater taking place in the hoping, beating hearts of Americans.

* Publication supported by a grant from the General Fund of the American Musicological Society, supported in part by the National Endowment for the Humanities and the Andrew W. Mellon Foundation.

Jake Johnson is an associate professor of musicology at Oklahoma City University and the author of Mormons, Musical Theater, and Belonging in America.

"With an unlikely cast of polygamists, conservative Christians, senior citizens, and aspiring stars who end up cookie cutter performers, Johnson’s polemic for and against the Broadway musical (and how all of us use it) cuts to the heart of our post-truth moment."--Todd Decker, author of Show Boat: Performing Race in an American Musical

"Is anything more American than Oklahoma! in Oklahoma?" by Jake Johnson in Zocalo Public SquareJake Johnson reflects on 10 years of the Book of Mormon Musical in Religion DispatchesRead a Q&A with the authorListen to an interview with the author on the New Books Network