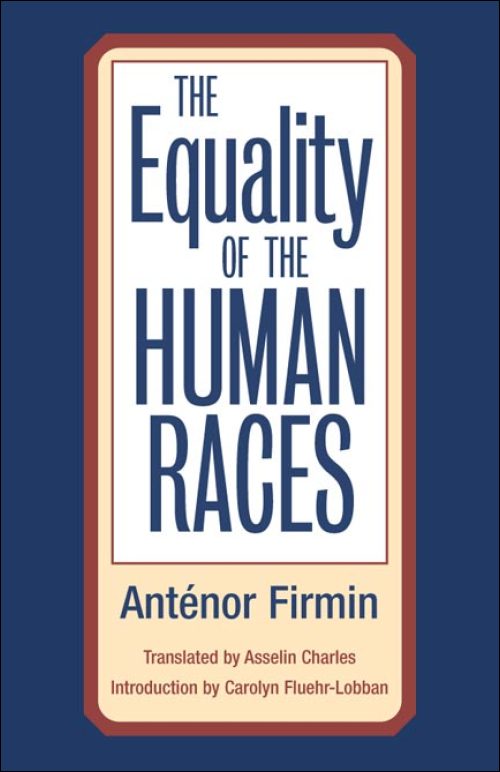 This is the first paperback edition of the only English-language translation of the Haitian scholar Anténor Firmin's The Equality of the Human Races, a foundational text in critical anthropology first published in 1885 when anthropology was just emerging as a specialized field of study, Marginalized for its "radical" position that the human races were equal, Firmin's lucid and persuasive treatise was decades ahead of its time. Firmin's argument that the equality of the races could be demonstrated through a positivist scientific approach challenged racist writings and the dominant views of the day.

Anténor Firmin (1850-1911) was born and educated in Haiti. He studied law and held several political offices before being posted as a diplomat to Paris, where he was admitted to the Societé d'Anthropologie de Paris and wrote De L'Égalité des Races Humaines. He later returned to Haiti and served as minister of finance, commerce, and foreign relations. Asselin Charles is a professor at Sheridan College. Carolyn Fluehr-Lobban is a professor emerita of anthropology at Rhode Island College. Her books include Race and Racism: An Introduction, second edition.

"This foundational text in critical anthropology points to the importance of expanding the scope of the discipline's history to engage neglected works that activist, antiracist, and racially-subordinated intellectuals contributed."--Faye V. Harrison, author of Outsider Within: Reworking Anthropology in the Global Age