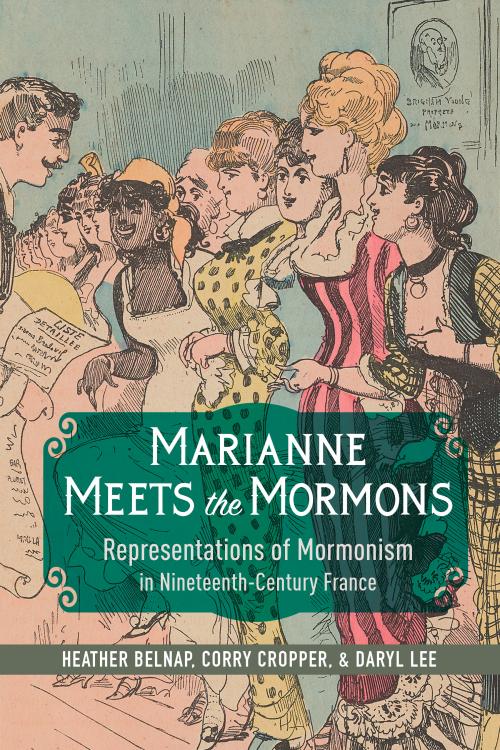 In the nineteenth century, a fascination with the Church of Jesus Christ of Latter-day Saints made Mormons and Mormonism a common trope in French journalism, art, literature, politics, and popular culture. Heather Belnap, Corry Cropper, and Daryl Lee bring to light French representations of Mormonism from the 1830s to 1914, arguing that these portrayals often critiqued and parodied French society. Mormonism became a pretext for reconsidering issues such as gender, colonialism, the family, and church-state relations while providing artists and authors with a means for working through the possibilities of their own evolving national identity.

Surprising and innovative, Marianne Meets the Mormons looks at how nineteenth-century French observers engaged with the idea of Mormonism in order to reframe their own cultural preoccupations.

"Highly original, extremely interesting, and richly documented. The collection analyzed here is remarkable. A book that is superbly satisfying in terms of intellectual stimulation (because of its high erudition and in-depth analysis of how politics will impact cultural products), aesthetic curiosity, and humorous entertainment."--Bernadette Rigal-Cellard, author of La Religion des Mormons

Read a Q&A with the authors