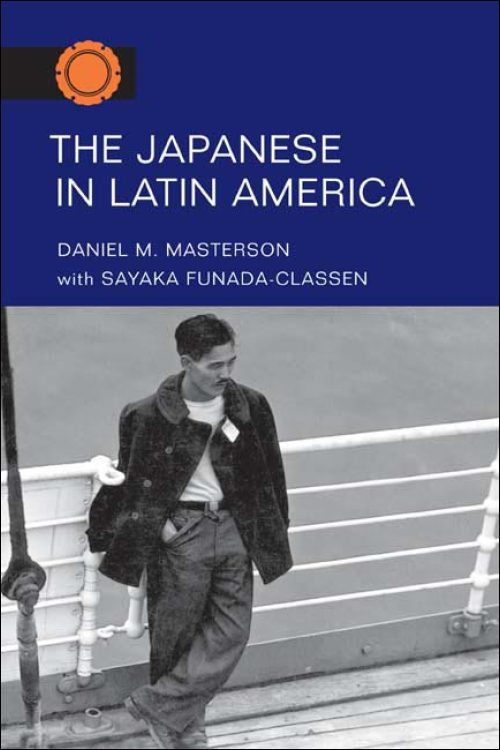 Latin America is home to 1.5 million persons of Japanese descent. Combining detailed scholarship with rich personal histories, Daniel M. Masterson, with the assistance of Sayaka Funada-Classen, presents the first comprehensive study of the patterns of Japanese migration on the continent as a whole.

When the United States and Canada tightened their immigration restrictions in 1907, Japanese contract laborers began to arrive at mines and plantations in Latin America. The authors examine Japanese agricultural colonies in Latin America, as well as the subsequent cultural networks that sprang up within and among them, and the changes that occurred as the Japanese moved from wage labor to ownership of farms and small businesses. They also explore recent economic crises in Brazil, Argentina, and Peru, which, combined with a strong Japanese economy, caused at least a quarter million Latin American Japanese to migrate back to Japan.

Illuminating authoritative research with extensive interviews with migrants and their families, The Japanese in Latin America tells the story of immigrants who maintained strong allegiances to their Japanese roots, even while they struggled to build lives in their new countries.

Daniel M. Masterson is a professor of history at the United States Naval Academy. He is the author of Militarism and Politics in Latin America: Peru from Sánchez Cerro to Sendero Luminoso and Fuerza armada en el Peru moderno, 1930–2000. Sayaka Funada-Classen is a researcher at the Institute of International Cultural Studies at Tsuda College.

"This highly readable and solidly researched book is a welcome addition to the Asian American Experience series. Its global dimension and emphasis on ethnic adaptation make it an important contribution to all disciplines concerned with comparative immigration."--American Historical Review

"The Japanese in Latin America provides a fine overview of the story of Japanese migration and the creation of Nikkei ethnicity in Latin America. Working with secondary sources based on national experiences, as well as primary sources and oral histories, Masterson and Funada-Classen navigate between temporal and regional specificities and broad patterns."--The Americas

"Provides a wealth of information, in addition to an articulate analysis and systematic comparisons, on a subject that has received scant attention in migration scholarship. But what also makes this scholarly publication especially valuable is that it presents historical comparisons at distinct points with the Japanese immigration to the United States."--Latin American Politics and Society

"A first-rate piece of scholarship. It provides an invaluable overview of the history of the Japanese on the continent, with extraordinary richness of detail throughout."--Samuel L. Baily, author of Immigrants in the Lands of Promise