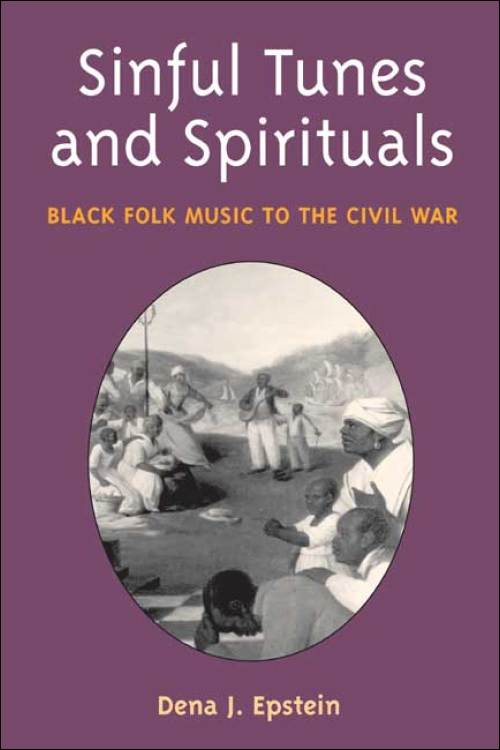 From the plaintive tunes of woe sung by exiled kings and queens of Africa to the spirited worksongs and "shouts" of freedmen, enslaved people created expansive forms of music from the United States to the West Indies and South America. Dena J. Epstein's classic work traces the course of early black folk music in all its guises. Anchored by groundbreaking scholarship, it redefined the study of black music in the slavery era by presenting the little-known development of black folk music in the United States. Her findings include the use of drums, the banjo, and other instruments originating in Africa; a wealth of eyewitness accounts and illustrations; in-depth look at a wide range of topics; and a collection of musical examples. This edition offers an author's preface that looks back on the twenty-five years of changes in scholarship that followed the book's original publication.

Dena J. Epstein (1916-2013) was a retired assistant music librarian at the Joseph Regenstein Library at the University of Chicago, and a past president of the Music Library Association.

"No previous scholar has told more about the manner of diffusion of African music and dance in the New World . . . . No one else has related with more telling effect the impact that Afro-American musical patterns had upon the sensibilities of the white public."--Lawrence W. Levine, Journal of American History

"Epstein has uncovered far more about early black music than anyone thought possible. Her luxuriant quotations and definitive treatments of a wide variety of musical subtopics make the book an essential reference volume and a marvelous storehouse of information."--John B. Boles, Journal of Southern History

"Sinful Tunes ensures that we will never again be able to sing or listen to a spiritual in quite the same way. We can now see more clearly than ever before what has shaped it; we have been taken nearer the soul of the music."--Hugh Brogan, Times Literary Supplement

Winner of the Simkins Prize of the Southern Historical Association, 1979. Winner of the Chicago Folklore Prize.