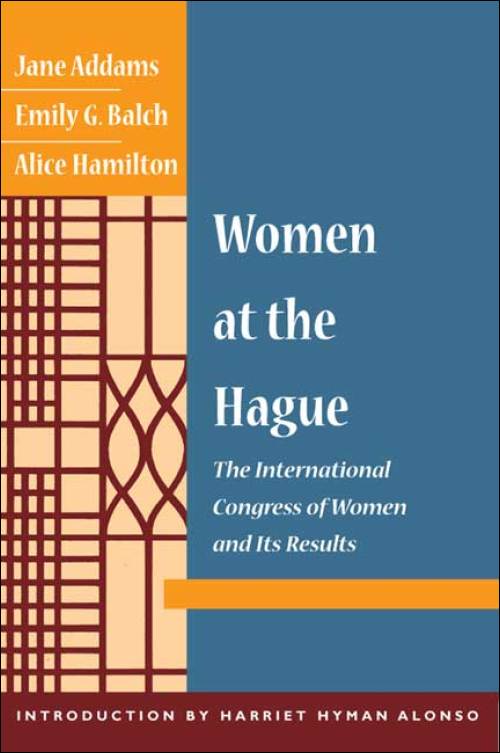 In the midst of World War I, from April 28 to May 1, 1915, more than a thousand women from Europe and North America gathered in The Hague to discuss proposals for a peaceful end to the war. As one of the founders of the Woman's Peace Party, Jane Addams was among the attendees at the International Congress of Women, along with fellow social reformers and peace activists Emily G. Balch and Alice Hamilton. This book contains their journalistic accounts of the Congress's proceedings and results as well as their personal reflections on peace, war, politics, and the central role of women in the preservation of peace.

Following the conference in The Hague, Addams and Balch traveled around Europe as members of delegations visiting various governmental leaders to demand an end to the war. In this book they describe the activities of these delegations, painting a vivid portrait of the emerging women's peace movement.

With the continuing growth of the peace movement, the essays in Women at the Hague remain as timely as they were when first published in 1915. Addams, Balch, and Hamilton write compellingly about the organizing methods and collaborative spirit of the women's peace movement, conveying a strong awareness of the responsibility of women to protect the global community from the devastating effects of war.