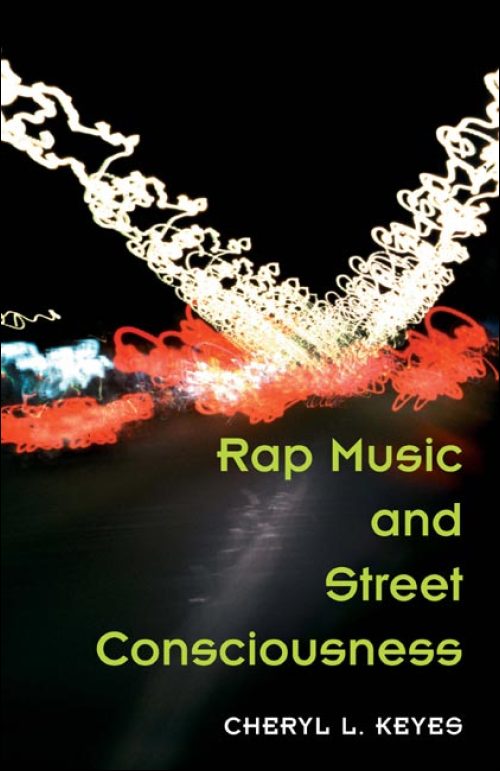 In this first musicological history of rap music, Cheryl L. Keyes traces the genre's history from its roots in West African bardic traditions, the Jamaican dancehall tradition, and African American vernacular expressions to its permeation of the cultural mainstream as a major tenet of hip-hop lifestyle and culture.

Rap music, according to Keyes, addresses the political and economic disfranchisement of black youths and other groups, fosters ethnic pride, and displays culture values and aesthetics. Blending popular culture with folklore and ethnomusicology, Keyes offers a nuanced portrait of the artists, themes, and varying styles reflective of urban life and street consciousness. Her analysis draws on music, lives, politics, and interests of figures ranging from Afrika Bambaataa, the "godfather of hip-hop," to early artists like Grandmaster Flash, to crossover pioneers like LL Cool J, De La Soul, and Public Enemy, to megastars like Tupac Shakur and The Notorious B.I.G. At the same time, Keyes delves into the impact of the rapper-turned mogul phenomenon, the rise of Death Row Records, and the East Coast-West Coast tensions of the Nineties.

Cheryl L. Keyes is a professor of ethnomusicology and global jazz studies at UCLA. She is also a songwriter, composer, and performer.

"Rich in detail and analysis, this book is perhaps one of the most comprehensive in rap music scholarship. . . . Certain to become one of the classic books in hip-hop scholarship."--Journal of American Folklore