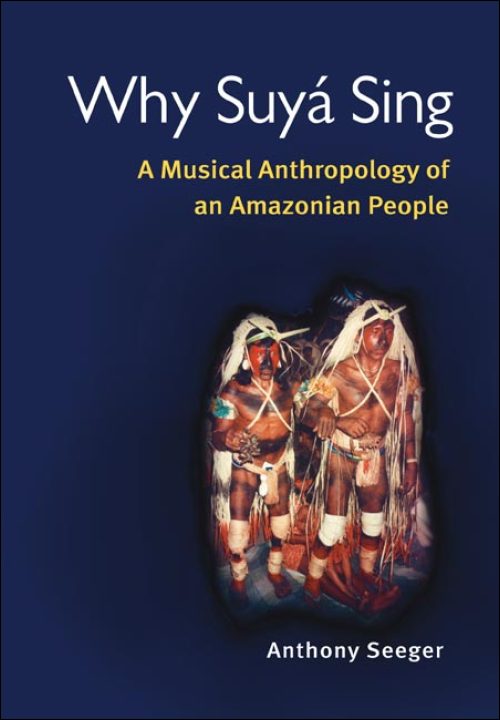 Like many other South American Indian communities, the Suyá Indians of Mato Grosso, Brazil, devote a great deal of time and energy to making music, especially singing. In paperback for the first time, Anthony Seeger's Why Suyá Sing considers the reasons for the importance of music for the Suyá--and by extension for other groups-- through an examination of myth telling, speech making, and singing in the initiation ceremony.

Based on over twenty-four months of field research and years of musical exchange, Seeger analyzes the different verbal arts and then focuses on details of musical performance. He reveals how Suyá singing creates euphoria out of silence, a village community out of a collection of houses, a socialized adult out of a boy, and contributes to the formation of ideas about time, space, and social identity.

This new paperback edition features an indispensable CD offering examples of the myth telling, speeches, and singing discussed, as well as a new afterword that describes the continuing use of music by the Suyá in their recent conflicts with cattle ranchers and soybean farmers.

Anthony Seeger is an anthropologist, ethnomusicologist, archivist and record producer. He is the director emeritus of Smithsonian Folkways Recordings and currently teaches ethnomusicology at UCLA.

"As an example of sustained contact (1972-2003!) and sensitive reporting, Seeger's work is matched by few other "long-term studies." Fortunately the Suyá demonstrate sustained population growth and increasing power within the political context of modern Brazil. Why Suyá Sing is a monument to a unique society, its music, and its creativity."--Journal of Anthropological Research

"Anthony Seeger spins out enough of an integrated theoretical and empirical meditation on why Suyá sing to set a good portion of traditional ethnomusicology on its ear."--Steven Feld, Yearbook for Traditional Music