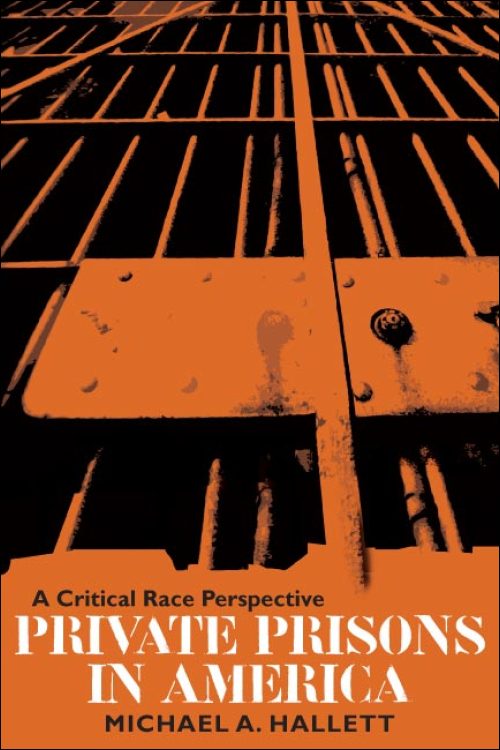 With the help and support of a governmentally sanctioned “war on drugs”, incarceration rates in the United States have skyrocketed since the 1980s. Increasingly, correctional administrators at all levels turn to private, for-profit corporations to manage the swelling inmate population. Unbeknownst to many, the swelling inmate population is the result of increasingly rampant racism.

Policy discussions of this trend toward prison privatization tend to focus on cost-effectiveness, contract monitoring, and rigid enforcement. But Michael A. Hallett reveals that these issues are only part of the story. Demonstrating that imprisonment serves numerous agendas other than so-called crime control, Hallett’s analysis suggests that private prisons are best understood not as the product of increasing crime rates, but instead as the latest chapter in a troubling history of discrimination aimed primarily at African American men.

Michael A. Hallett is a professor of criminal justice and director of the Center for Race and Juvenile Justice Policy at the University of North Florida. He currently also serves as a Senior Research Fellow at Baylor University’s Institute for Studies of Religion. He is the author of The Angola Prison Seminary: Effects of Faith-Based Ministry on Identity Transformation, Desistance, and Rehabilitation.

"In Private Prisons in America, Michael Hallett offers a concise and compelling account of how race (and class) continues to shape the march toward greater investment in imprisonment. As Hallett demonstrates convincingly, people of color (and the poor) serve as raw material for a prison industry that produces a generous windfall for private corrections firms."--Michael Welch, Rutgers University, author of Ironies of Imprisonment

Author is recipient of the Gandhi, King, Ikeda (GKI) Award (2006) given by the Martin Luther King Jr. International Chapel at Morehouse College. Author received an Honorable Mention Award from the Gustavus Myers Center for the Study of Bigotry and Human Rights (2007)