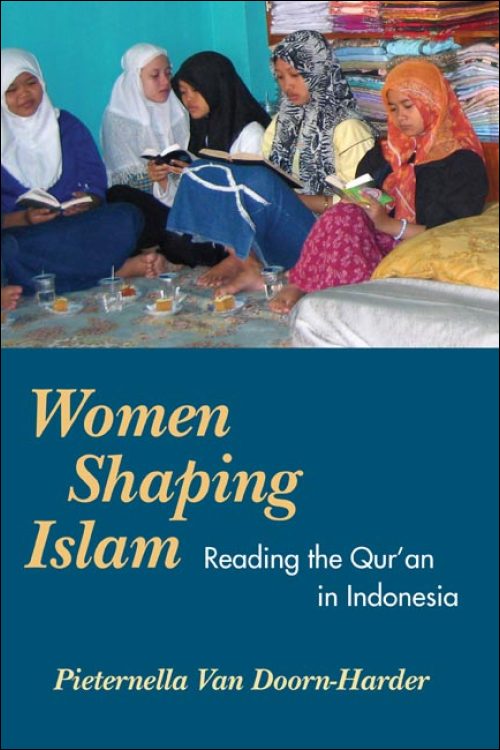 In the United States, precious little is known about the active role Muslim women have played for nearly a century in the religious culture of Indonesia, the largest majority-Muslim country in the world. While much of the Muslim world excludes women from the domain of religious authority, the country's two leading Muslim organizations--Muhammadiyah and Nahdlatul Ulama (NU)--have created enormous networks led by women who interpret sacred texts and exercise powerful religious influence.

In Women Shaping Islam, Pieternella van Doorn-Harder explores the work of these contemporary women leaders, examining their attitudes toward the rise of radical Islamists; the actions of the authoritarian Soeharto regime; women's education and employment; birth control and family planning; and sexual morality. Ultimately, van Doorn-Harder reveals the many ways in which Muslim women leaders understand and utilize Islam as a significant force for societal change; one that ultimately improves the economic, social, and psychological condition of women in Indonesian society.

Pieternella van Doorn-Harder is an associate professor of Islam and world religions at Valparaiso University. She is the author of Contemporary Coptic Nuns and the editor of Between Desert and City: the Coptic Orthodox Church Today.

"Given the current interest in women and gender issues in Islam, and scholarly neglect of Islam in Southeast Asia, this book provides a wonderful addition to the literature. . . . Based on extensive fieldwork in Indonesia, the book skillfully weaves interviews, songs, observations, written materials, and theoretical insight into a highly readable account of how Muslim women in a specific context negotiate their roles in modern Muslim society. . . . Highly recommended."--Choice

"Van Doorn-Harder has risen to the challenge of breaking down stereotypes of Islam by combining an ethnographic and historical analysis of these two traditions in Indonesia as well as the influence of women in shaping standards for women's rights."--Sociology of Religion

“The core of Women Shaping Islam is van Doorn-Harder’s sensitive and nuanced depiction of women in Muhammadiyah and NU. . . . Gives rise to new and complex questions.”--Journal of the American Academy of Religion

"Women Shaping Islam is a groundbreaking book that challenges stereotypes and demonstrates the variety of women's roles and gender ideals under debate in the Muslim world."--Robert Hefner, professor of anthropology and director of the Program on Islam and Civil Society, Institute on Culture, Religion and International Affairs, Boston University

"Van Doorn-Harder gives us a unique insight into the worlds of Indonesian women religious leaders and scholars. Through their engagement with religious discourse and their participation in two grass-roots Muslim organizations, these women use Islamic tradition to promote women's rights, and to create an understanding of Islam that is congenial to women. They are the unsung heroes of the much-debated 'Islamic feminism'. This is a must-read book for all students of Islam and the Muslim world. I learned something new on every page."--Ziba Mir-Hosseini, author of Islam and Gender: The Religious Debate in Contemporary Iran