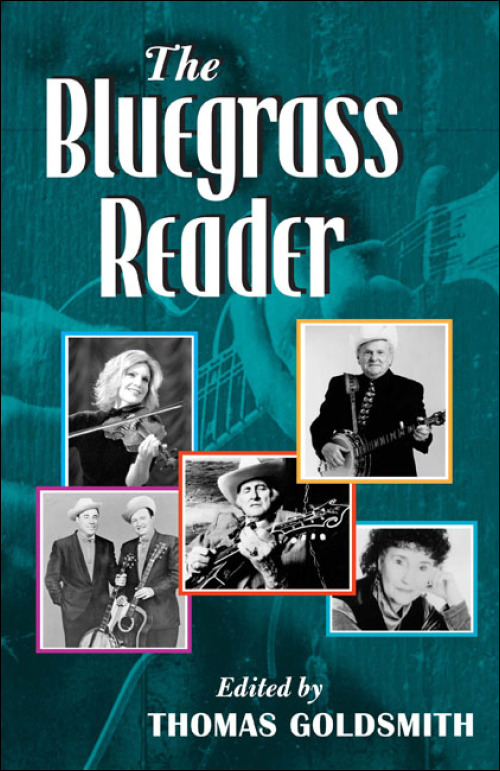 In The Bluegrass Reader, Thomas Goldsmith joins his insights as a journalist with a lifetime of experience in bluegrass to capture the full story of this beloved American music. Inspired by the question “What articles about bluegrass would you want to have with you on a desert island?” he assembled a delicious, fun-to-read collection that brings together a wide range of the very best in bluegrass writing.

Goldsmith’s substantial introduction describes and traces the development of the music from its origins in Anglo-American folk tradition, overlaid with African American influences, to the breakout popularity of Ralph Stanley, Alison Krauss, and the O Brother, Where Art Thou? soundtrack. He introduces each selection offering a wealth of additional information, making The Bluegrass Reader both enjoyable and invaluable for new fans of the music as well as for its lifetime devotees.

Thomas Goldsmith is a journalist and musician. For more than thirty years, he has worked both in daily newspapers in North Carolina and Tennessee and as a freelance writer. He is the author of Earl Scruggs and Foggy Mountain Breakdown:The Making of an American Classic and winner of the International Bluegrass Music Association's best journalist award.

"Will stand for decades as a great reference work and the perfect introductory read for anyone interested in the history of bluegrass and its major figures."--Nashville Scene

"The Bluegrass Reader successfully manages to appeal to both the bluegrass insider and the newcomer to the genre, and in the process has given well-deserved new life to some masterful bits of writing."--Bluegrass Unlimited