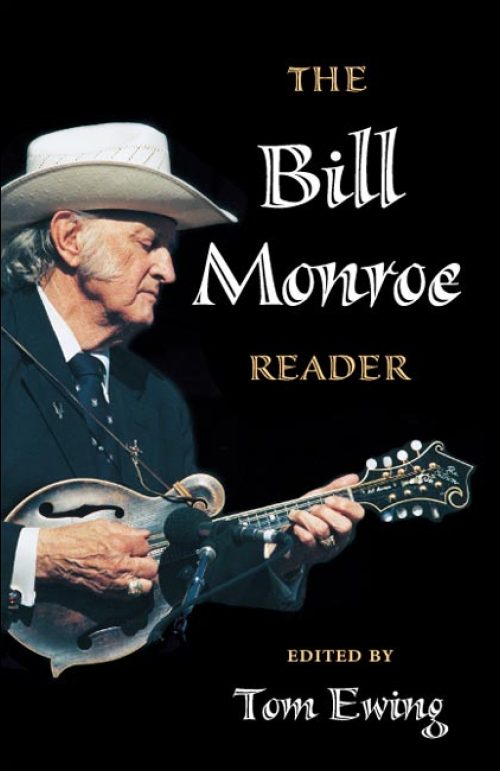 "Tell 'em I'm a farmer with a mandolin and a high tenor voice," Bill Monroe said. Known as the Father of Bluegrass Music, Monroe pioneered a whole new category of music and inspired generations of musicians and fans. Yet from his founding of the original bluegrass band through six decades of performing, he remained an enigmatic figure, a compelling mixture of fierce intensity, homespun modesty, and musical integrity.

Determined to play the mandolin in a way it had never been played before, Monroe distinguished himself in the mid-1930s with the Monroe Brothers then began forming his own band, the Blue Grass Boys, in 1938. By the mid-1940s other bands were copying his sound, and a new style, bluegrass music, was born. While country music moved toward electrification, Monroe maintained his acoustic ensemble and developed his "high, lonesome sound," performing nearly up to his death in 1996.

In this eclectic, richly illustrated reader, former Blue Grass Boy Tom Ewing gathers the most significant and illuminating of the many articles that have been written about Monroe. Through the writings of nearly sixty observers, interviewers, admirers, folklorists, and other scholars, along with Ewing's astute commentary, The Bill Monroe Reader offers a multifaceted view of one of the most influential country musicians of the twentieth century.

Lively, heartfelt, and informative, The Bill Monroe Reader is a fitting tribute to the man and the musician who transformed the traditional music of western Kentucky into an international sensation.

Tom Ewing played guitar with Bill Monroe and his Blue Grass Boys from 1986 to 1996. He is a columnist for and contributor to Bluegrass Unlimited Magazine.

"[Ewing] neatly winnows out the chaff and gathers into a bundle what emerges as a complete mosaic of the artist. . . . Indispensable. "--Chuck Hicks, Pop Matters

"Excellent. . . . Especially intriguing are the various interviews conducted with Monroe throughout his career. . . . Editor's comments following each article are well worth the price of admission in themselves. Ewing's years with Monroe and in-depth research add much to the pieces as he corrects misinformation or expounds upon the history."--Jonathan Colcord, Country Standard Time

"Some of the greatest gems, and there are many in this book, are the thoughts and recollections of people who actually picked with Monroe. It is in these stories where we see the clearest image of the man: a curmudgeonly but loveable teacher who lived and breathed to play his mandolin and to help other musicians who wanted to learn bluegrass."--H-Southern-Music