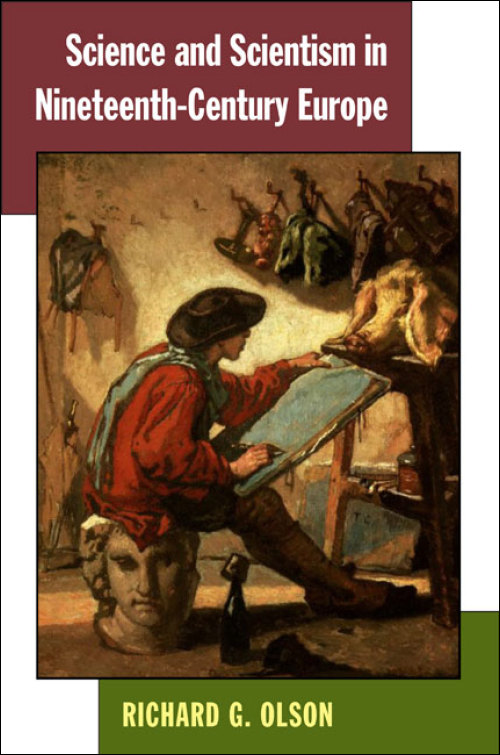 The nineteenth century produced scientific and cultural revolutions that forever transformed modern European life. Although these critical developments are often studied independently, Richard G. Olson's Science and Scientism in Nineteenth-Century Europe provides an integrated account of the history of science and its impact on intellectual and social trends of the day. Focusing on the natural scientific foundations underlying liberalism, socialism, positivism, communism, and social Darwinism, Olson explores how these movements employed science to clarify their own understanding of Enlightenment ideals, as well as their understanding of progress, religion, industry, imperialism, and racism. Starting with the impact of the French Revolution on scientific thought, Olson engages with key texts from J. B. Say, Henri Saint-Simon, Auguste Comte, Immanuel Kant, Wolfgang Goethe, Karl Marx, Charles Darwin, Walter Bagehot, and Edward Bellamy to demonstrate the complex set of forces that shaped nineteenth-century thinking.

Richard G. Olson is a professor of history and the Willard W. Keith Jr. Fellow in Humanities at Harvey Mudd College in Claremont, California. He is the author of Science and Religion, 1400–1900: From Copernicus to Darwin, Scottish Philosophy and British Physics, 1750–1850: Foundations of the Victorian Scientific Style, and other books.

"Olson provides another in a series of fine works detailing the social history of science. . . . Masterfully detailed. . . . Highly recommended."--Choice

"No brief review can so this book justice. Suffice to say that both the student and seasoned scholar will find his synthesis and insight compelling."--FCS Quarterly

"Both the student and seasoned scholar will find his synthesis and insight compelling."--Review of Metaphysics

"Oslon has given us an illuminating study of a crucial intellectual phenomenon that is rarely treated in an explicit manner by current scholars."--Clio

“[Science and Scientism in Nineteenth-Century Europe] is an inviting resource for anyone interested in the historical relations between the natural and social sciences.”--ISIS

“This is very good intellectual history: broad enough to make intriguing connections, deep enough to learn something new, short enough to be absorbed in a single volume, and readable enough for the educated nonspecialist to enjoy.”--Perspectives on Science and Christian Faith

“Deserves the attention of everyone looking for a competent introduction to European debates on the character of societies from a history of science point of view.”--H-German

"A refreshing work of ambitious scope."--British Journal for the History of Science

"Olson has provided a real service to both scholars and teachers by writing this fine survey of the deployments of European scientific ideas to social, cultural, and intellectual-historical purposes during the nineteenth century."--Alan Rocke, Bourne Professor of History, Case Western Reserve University

"This new book is a masterful addition to the historical assessment of modern science. Adopting a broad, nonpejorative conception of 'scientism,' Olson explores with exemplary nuance and care how different versions of physical science have been adapted to try to deal with questions of justice and the common good. Historians and philosophers of science and technology--especially those involved with science, technology, and society studies--cannot help but benefit from the well-crafted narrative of this insightful work."--Carl Mitcham, editor of Encyclopedia of Science, Technology, and Ethics