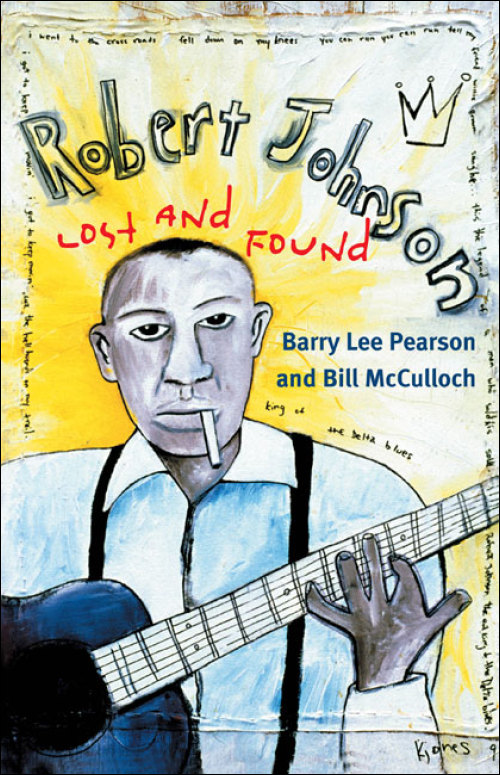 Even with just forty-one recordings to his credit, Robert Johnson (1911-38) is a towering figure in the history of the blues. His vast influence on twentieth-century American music, combined with his mysterious death at the age of twenty-seven, still encourage the speculation and myth that have long obscured the facts about his life. The most famous legend depicts a young Johnson meeting the Devil at a dusty Mississippi crossroads at midnight and selling his soul in exchange for prodigious guitar skills.

Barry Lee Pearson and Bill McCulloch examine the full range of writings about Johnson and weigh the conflicting accounts of Johnson's life story against interviews with blues musicians and others who knew the man. Their extensive research uncovers a life every bit as compelling as the fabrications and exaggerations that have sprung up around it. In examining the bluesman's life and music, and the ways in which both have been reinvented and interpreted by other artists, critics, and fans, Robert Johnson: Lost and Found charts the cultural forces that have mediated the expression of African American artistic traditions.

Barry Lee Pearson is a professor of English and American studies at the University of Maryland, College Park, a noted blues scholar, and the author of three books, including Jook Right On: Blues Stories and Blues Storytellers. Bill McCulloch is a writer, freelance editor, and musician. He collaborated with Pearson on articles about thirty-six American blues artists for the American National Biography.

"[Pearson and McCulloch] traced the paper trail of the Johnson myth through the decades and found that white critics and promoters were telling tall tales about him while he was still alive. The authors tracked down misleading articles about him dating to 1937 and reconstructed the comical spread of Johnson's Faust legend--that he sold his soul to the devil at a Mississippi crossroads in return for his extraordinary gifts as a guitarist--from a single, dubious 1966 interview of Johnson's friend and fellow blues musician Son House."--New York Times

"By far the best book yet on Johnson."--Dirty Linen

"Pearson and McCulloch examine a number of the commentaries on Johnson since his death, tracing the origins of the various myths the better to deflate them. . . . [Their] argument that 'supernatural themes haunted not Johnson's music itself but discussions of Johnson's music' has a resonant ring to it."--New Republic

"A reminder that Johnson's talent was enough; he didn't need the devil's help to become a legend."--Library Journal

"I love this book. . . . It debunks a lot of the mysterious tales about Johnson but doesn't take anything away from the man at all. There are still plenty of fascinating stories about Johnson here, and his artistry still shines as bright as ever. If you love the blues--especially country blues--you'll love this book, too."--Charlie Musselwhite

"An insightful, useful, and thoroughly convincing examination of a legendary musician. Instead of focusing on devils at midnight, deserted crossroads, and brimstone barter, the authors look closely at lived experience, illuminating the real life of a 'walking bluesman.'"--Stephen Wade, author of The Beautiful Music All Around Us: Field Recordings and the American Experience

"With careful research and informed historiography, Pearson and McCulloch succeed in peeling the layers of testimony and mythmaking surrounding Robert Johnson. Their conclusions break away from the prevailing views of the critical mainstream, and they help the reader to realize a glimpse of the historical Johnson and his times."--Edward Komara, compiler and editor of Gayle Dean Wardlow's Chasin' That Devil Music