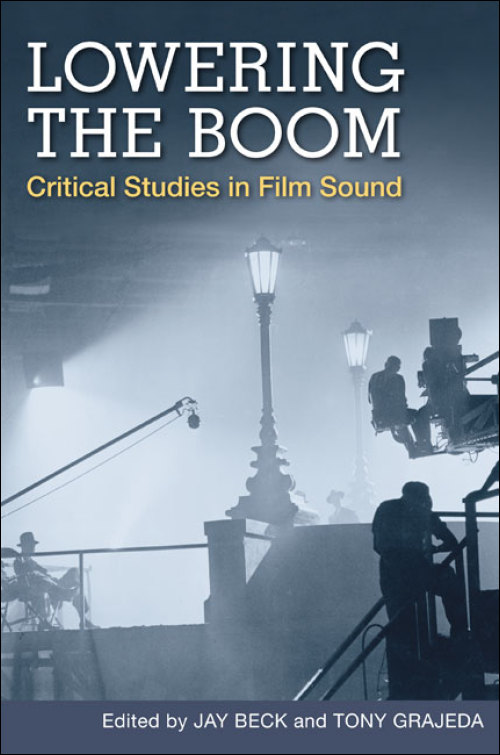 As the first collection of new work on sound and cinema in over a decade, Lowering the Boom addresses the expanding field of film sound theory and its significance in rethinking historical models of film analysis. The contributors consider the ways in which musical expression, scoring, voice-over narration, and ambient noise affect identity formation and subjectivity. Lowering the Boom also analyzes how shifting modulation of the spoken word in cinema results in variations in audience interpretation. Introducing new methods of thinking about the interaction of sound and music in films, this volume also details avant-garde film sound, which is characterized by a distinct break from the narratively based sound practices of mainstream cinema. This interdisciplinary, global approach to the theory and history of film sound opens the eyes and ears of film scholars, practitioners, and students to film's true audio-visual nature.

“[Lowering the Boom reclaims] cinema as an “audiovisual” object, demonstrating conclusively that whatever the relative importance of the “audio” and “visual” parts, neither can be ignored . . . . I hope Lowering the Boom is widely read.”--Jump Cut

“An excellent collection of essays which reveals much about the state of play of soundtrack studies and offers many fresh and original insights. It will certainly be of value to students and scholars of film sound.”--Music, Sound, and the Moving Image

"A central text for the study of sound in media. Lowering the Boom's wide range of topics joins history and critical debates and will be useful and appealing to scholars and students of sound design, media studies, and film theory."--Donald Crafton, author of The Talkies: American Cinema's Transition to Sound, 1926-1931

"A substantial and important book, Lowering the Boom includes work from both established scholars and emerging voices in the field and is a welcome addition to auditory culture and sound studies."--Steve J. Wurtzler, author of Electric Sounds: Technological Change and the Rise of Corporate Mass Media