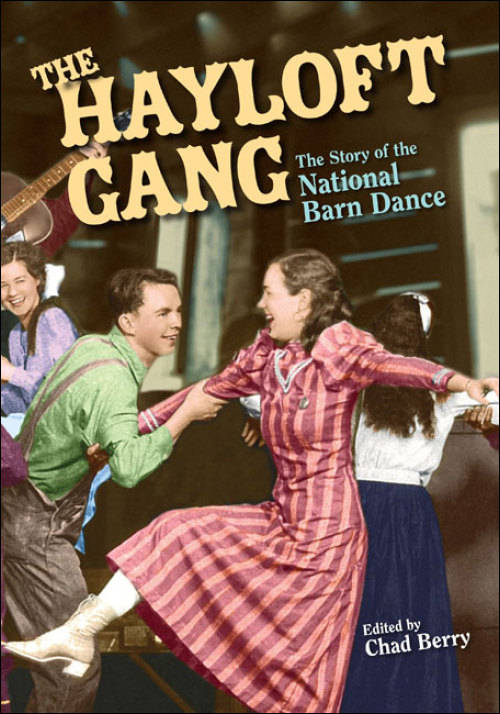 The National Barn Dance was the nation's most popular country music radio show during the 1930s and 1940s. The pioneering radio program defined country and western entertainment until the Grand Ole Opry and rock 'n' roll supplanted it in the 1950s. Broadcast for more than three decades from Chicago on WLS's powerful 50,000-watt signal, the show reached listeners throughout the Midwest, the East Coast, and South, delivering popular entertainment to both rural and urban areas while celebrating the fading folk traditions of an increasingly urbanized America.

The Hayloft Gang draws on the colorful commentary of performers and former listeners to analyze the National Barn Dance, its audience, and its impact. Contributors trace the history of barn dance radio, explore the paradox of a foundational country music program broadcast from a major city, investigate notions of authenticity in the presentation of country music and entertainment, and delve into provocative issues raised by the barn dance phenomenon.

“An interesting but complicated book. . . . I highly recommend it.”--Appalachian Heritage

"A valuable resource for those who want to understand how country music, rural imagery, and nostalgia permeated twentieth-century American life."--Joli Jensen, author of The Nashville Sound: Authenticity, Commercialization, and Country Music

"The National Barn Dance's importance has long been underappreciated in the scholarship on country music, and The Hayloft Gang makes a vital contribution to be welcomed by academics and aficionados alike. A particularly strong group of authoritative voices on the history of country music, early radio broadcasting, and American culture."--Diane Pecknold, author of The Selling Sound: The Rise of the Country Music Industry