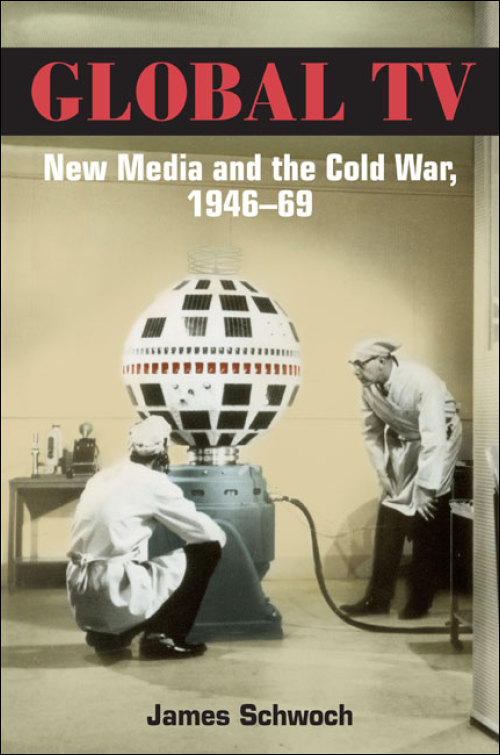 James Schwoch presents a unique retelling of the Cold War period by examining the relationship of global television, diplomacy, and new electronic communications media. Beginning with the Allied occupation of Germany in 1946 and ending with the 1969 Apollo moon landing, this book explores major developments in global media, including the postwar absorption of the International Telecommunications Union into the United Nations and its impact on both television and international policy; the rise of psychological warfare and its relations to new electronic media of the 1950s; and the role of the Ford Foundation in shaping global communication research concepts.

Drawing on work in media studies, diplomatic history, and science and technology studies, Schwoch analyzes the way in which global media has been characterized, emphasizing a discursive shift away from a framework of east-west security and, by the 1960s, toward a framework of world citizenship and globalization. The global growth of television and other new electronic media occurred in conjunction with the ongoing tensions of the Cold War, as superpowers searched for ways to extend their influence beyond traditional borders of nation-states and into the extraterritorialities of planet Earth.

James Schwoch is an associate professor of communication studies at Northwestern University and the coeditor, with Mimi White, of Questions of Method in Cultural Studies.

“The historical background Schwoch provides is certainly relevant as a backdrop to the US’s involvement with electronic information networks in the 21st century . . . . This is a readable, well-researched study.”--Choice

"Vital to our understanding of global media."--Cinema Journal

“A wholly original, well-researched, and superbly written account of the development of global television set within the intertwined contexts of American foreign policy, psychological warfare, and information diplomacy during the years 1946–69. Stimulating and enjoyable.”--John T. Caldwell, author of Production Culture: Industrial Reflexivity and Critical Practice in Film and Television

“The sheer joy that Schwoch takes in hauling curiosities out of the archives is contagious. The result is a portrait that brings forth many treasures, some comic, some poignant, from the Cold War era, and also provides some serious food for thought in considering current U.S. policy about international media and goodwill building.”--John Durham Peters, author of Courting the Abyss: Free Speech and the Liberal Tradition