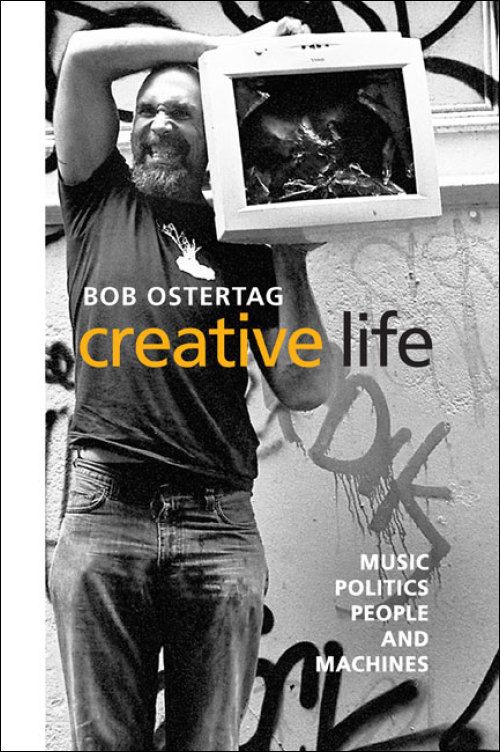 In this eloquent and passionate volume, Bob Ostertag explores the common ground and points of friction among music, creativity, politics, culture, and technology. In terrain ranging from the guerrilla underground in El Salvador's civil war to the drag queen underground in San Francisco and New York, these essays combine journalism and autobiography to explore fundamental questions of what art is and what role it can occupy in a violent and fragmented world, a world in which daily events compromise the universality toward which art strives.

Drawing on his intimate engagement with political conflict in Latin America and the Balkans, Ostertag identifies an art of "insurgent politics" that struggles to expand the parameters of the physical and social world. He also discusses his innovative collaborations with major modern performers, filmmakers, and artists around the world. Part memoir, part journalism, and part aesthetic manifesto, Creative Life is a dazzling set of writings from a musical artist who has worked on the cutting edge of new music for thirty years.

Bob Ostertag--composer, performer, historian, instrument builder, journalist, and activist--is a professor of technocultural studies and music at the University of California at Davis and the author of People's Movements, People's Press: The Journalism of Social Justice Movements.

"The most lucid philosophical work on music, culture and politics since Steve Reich's Writings on Music."--The Wire

"Its intensity, clarity and directness are refreshingly tonic at a time when the art world often seems sunk to its neck in academicism, careerism and outright fraud."Fuse

“A humble yet powerful reminder of the importance of being true to your ethics and clear about your motivations.”--Fundamentally Sound

"This unusual memoir, which takes the reader on an amazing odyssey that begins with Ostertag's life as a musician in 1978 New York and ends 30 years later in San Francisco with his writing a book to explain the creative life. . . . Recommended."--Choice

"Creative Life is a wonderful read, and it made my head whirl. Ostertag tells stories from his own experience as an artist and political activist. He searches for the connections and differences in the illumination sought by the artist and the insight sought by the activist, and he explores the quest for transcendence and universality that unites art and politics and also helps explain their divergence. There are no answers here, but rather a brilliant contemplation of the discontent and yearning that motivates our better natures."--Frances Fox Piven, author of Challenging Authority: How Ordinary People Change America

"Unique and engaging. Creative Life spins an intriguing narrative, builds a compelling argument about the nature of art and politics, and raises a stimulating set of questions for politically engaged art in an age of digital technologies."--Jonathan Scott Lee, author of Jacques Lacan

"For the last thirty years, I've come to rely on Bob Ostertag to claw away at the superficial and often misleading 'official' versions of all things cultural and political and get simply and unpretentiously to the real heart of the matter. His passionate engagement can be felt on every page of this wonderful (re)collection."--Fred Frith, musician and composer

"Creative Life is an oasis for anyone who is still making socially conscious art in today's increasingly bleak political and environmental reality. From the war zones of rural El Salvador to the new music basements of New York City, Ostertag's story becomes a way for us all to consider what role we want to play in the world and how to reconcile our politics with our poetics."--Mike Bonanno, media artist, The Yes Men

"Ostertag 'comes out' again, here in a brilliant social and political memoir smack-dab in the middle of yet another musical revolution. A must read!"--Alvin Curran, musician and composer, Musica Elettronica Viva

"Ostertag gives us a personal and substantive account of his life as an artist and activist committed to engagement and creativity in both the political and musical realms. An insightful observer of culture, he sees both the forest and the trees, and deftly unifies the details of his experiences with the larger social context in which they fit."--Carla Kihlstedt, musician and composer, Tin Hat Trio

"Nothing like Creative Life has ever been produced by a major publisher. Few chronicles of the lives of late-twentieth-century American composers or improvisers exist, and even fewer first-person narratives exist in which the composer takes the time to critically examine his or her life practice. Bob Ostertag's brand of politics, however, demands that he do just that.

Ostertag adopts a clear-eyed, forthright stance concerning the integration of radical politics and radical music through his own experiences at the center of an important New York musical scene and in historically and politically crucial regions of the world. He refuses to appropriate sounds and gestures unreflectively from his surroundings, despite the technological ease with which he could have done so as an expert in electronic media technique. Perhaps he regards this as just one more way in which the people whose life-and-death struggles he chronicles so sensitively--people with whom he has lived, worked, and shared danger--need not fear appropriation from him.

One sees how Ostertag's political thinking is clarified through his involvement with music; in fact, this book shows how music can be deployed as a tool for actually theorizing the social world. One even dares to imagine that Creative Life will bridge the divide between Ostertag's two theaters of operations, and help them to radicalize each other."--George E. Lewis, MacArthur Fellow, Edwin H. Case Professor of American Music at Columbia University, and author of A Power Stronger Than Itself: The AACM and American Experimental Music