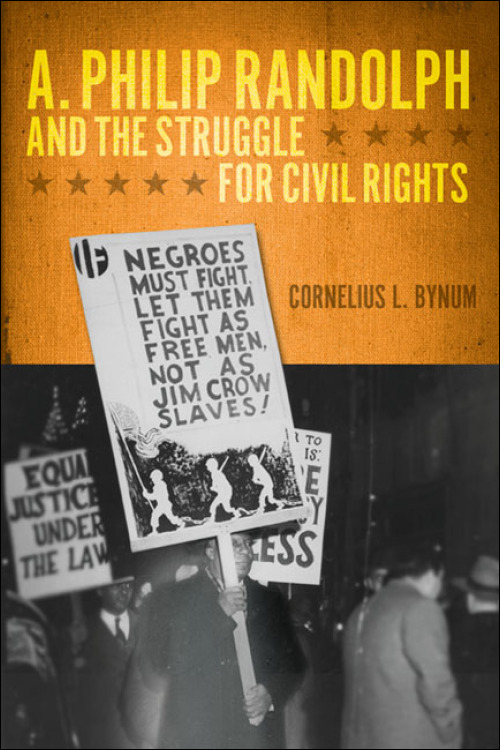 A. Philip Randolph's career as a trade unionist and civil rights activist fundamentally shaped the course of black protest in the mid-twentieth century. Standing alongside W. E. B. Du Bois, Marcus Garvey, and others at the center of the cultural renaissance and political radicalism that shaped communities such as Harlem in the 1920s and into the 1930s, Randolph fashioned an understanding of social justice that reflected a deep awareness of how race complicated class concerns, especially among black laborers. Examining Randolph's work in lobbying for the Brotherhood of Sleeping Car Porters, threatening to lead a march on Washington in 1941, and establishing the Fair Employment Practice Committee, Cornelius L. Bynum shows that Randolph's push for African American equality took place within a broader progressive program of industrial reform. Some of Randolph's pioneering plans for engineering change--which served as foundational strategies in the civil rights movement of the 1950s and 1960s--included direct mass action, nonviolent civil disobedience, and purposeful coalitions between black and white workers. Bynum interweaves biographical information on Randolph with details on how he gradually shifted his thinking about race and class, full citizenship rights, industrial organization, trade unionism, and civil rights protest throughout his activist career.

Cornelius L. Bynum is an assistant professor of history at Purdue University.

"Bynum focuses on Randolph’s career in the 1920s, ’30s, and ’40s, when he was formulating his ideas on social justice, race, and class. . . . The result is a deeper look at the ideals that drove Randolph."--Booklist

"Bynum does an excellent job of discussing Randolph's attempts to secure bargaining for the Brotherhood of Sleeping Car Porters. In doing so, he exposes the shameful behavior of the union movement in its unwillingness to accept blacks."--Labor Studies Journal

"Bynum's well-researched monograph makes a useful contribution to the growing body of literature on the 'long' civil rights movement."--The Journal of American History

"Bynum's book is lucid and an excellent work that can be used for both academic research and casual reading. . . . Bynum's research has opened a window to new scholarship on Randolph's thinking, his role in the civil rights movement, and his demands for accountability from the U.S. government."--H-1960s

"Relating Randolph's racial, economic, and political thought to his efforts to address injustice, Bynum does an excellent job of positioning Randolph's ideology with that of his contemporaries on the political left. This study is ideal for students and scholars of twentieth-century African American history, labor history, and race relations."--Cary D. Wintz, editor of African American Political Thought, 1890–1930: Washington, Du Bois, Garvey, and Randolph