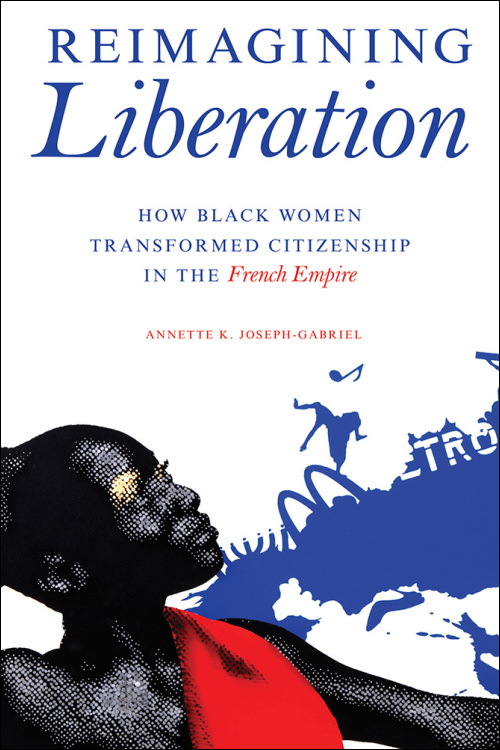 Black women living in the French empire played a key role in the decolonial movements of the mid-twentieth century. As thinkers and activists, these women lived lives of commitment and risk that landed them in war zones and concentration camps and saw them declared enemies of the state.

Annette K. Joseph-Gabriel is an assistant professor of French at the University of Michigan.

"Delicately yet deeply explore[s] the lives of women who are 'rendered invisible' (invisibilisées) or are 'acknowledged as a potential source of curious amusement' in French women’s history. . . . Reimagining Liberation expand[s] our understanding of how the history of decolonization, feminism, and citizenship intersect in the francophone world from the age of slavery to the present day." --Nursing Clio

"Annette K. Joseph-Gabriel's Reimagining Liberation is a timely monograph that recasts this history of anticolonial black liberation to attend to what 'decolonization [would] look like if we took into account, even centered, women's visions for a decolonial future.'" --H-Net Reviews

"A transformative and unprecedented contribution. It recovers material, heretofore mostly unexamined, to identify each woman's local and global positionalities, that is, their national circumstances as well as the areas where they and their struggles intersect. Readers eager to learn about this historical and literary era will discover gems in this book."--Renée Larrier, author of Autofiction and Advocacy in the Francophone Caribbean