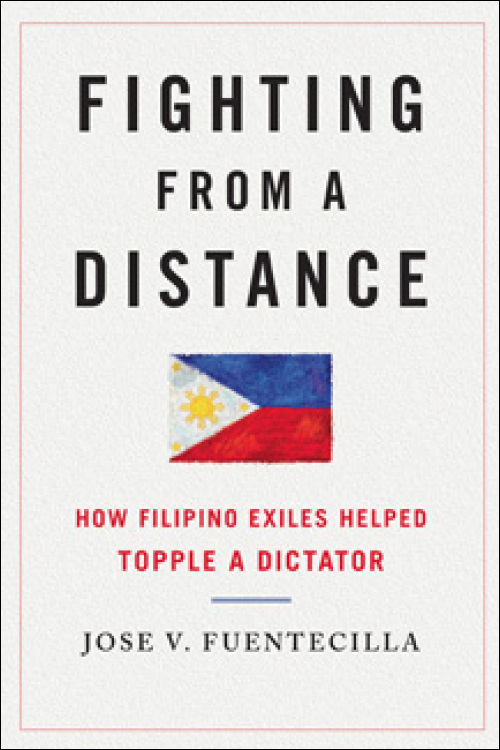 Fighting from a Distance

During February 1986, a grassroots revolution overthrew the fourteen-year dictatorship of former president Ferdinand Marcos in the Philippines. In this book, Jose V. Fuentecilla describes how Filipino exiles and immigrants in the United States played a crucial role in this victory, acting as the overseas arm of the opposition that helped return their country to democracy.

A member of one of the major U.S.-based anti-Marcos movements, Fuentecilla tells the story of how small groups of Filipino exiles--short on resources and shunned by some of their compatriots--arrived and survived in the United States during the 1970s, overcame fear, apathy, and personal differences to form opposition organizations after Marcos's imposition of martial law, and learned to lobby the U.S. government during the Cold War. In the process, he draws from multiple hours of interviews with the principal activists, personal files of resistance leaders, and U.S. government records revealing the surveillance of the resistance by pro-Marcos White House administrations. The first full-length book to detail the history of U.S.-based opposition to the Marcos regime, Fighting from a Distance provides valuable lessons on how to persevere against a well-entrenched opponent.

A native of the Philippines, Jose V. Fuentecilla emigrated to the United States in the 1960s. He has lived and worked as a journalist and editor in New York City.

"A book that triggers memories—some good and some not so bracing."--The FilAm

"A well-researched, engaging narrative of the Filipino exile movement in the United States to topple the Marcos dictatorship in the Philippines. Fuentecilla is gifted with a journalistic eye for human-interest stories of resistance and activism that will keep readers enthralled."--Augusto Fauni Espiritu, author of Five Faces of Exile: The Nation and Filipino American Intellectuals