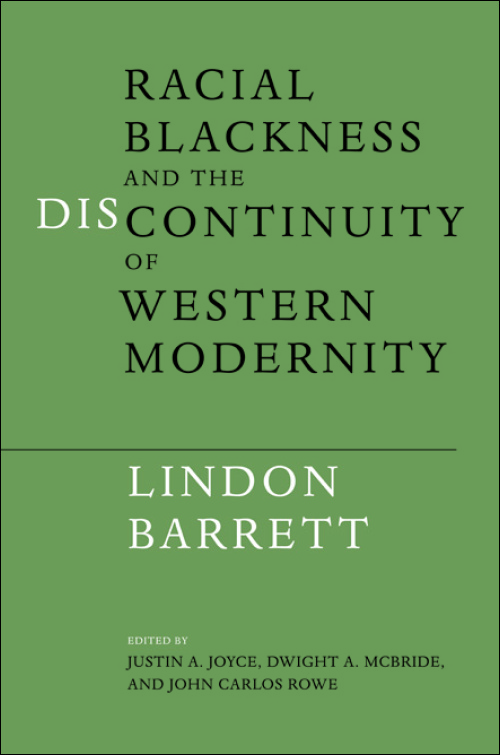 Racial Blackness and the Discontinuity of Western Modernity is the unfinished manuscript of literary and cultural theorist Lindon Barrett, who died in 2008. The study offers a genealogy of how the development of racial blackness within the mercantile capitalist system of Euro-American colonial imperialism was constitutive of Western modernity. Barrett explores the complex transnational systems of economic transactions and political exchanges foundational to the formation of modern subjectivities. In particular, he traces the embodied and significatory violence involved in the development of modern nations. Masterfully connecting historical systems of racial slavery to post-Enlightenment modernity, this pathbreaking publication shows how Western modernity depended on a particular conception of racism contested by African American writers and intellectuals from the eighteenth century to the Harlem Renaissance.

"Lindon Barrett was one of our most brilliant intellectuals. His loss was, and remains, incalculable, but what he has left us in the form of Racial Blackness and the Discontinuity of Western Modernity is just as incalculable a gift and legacy. A truly magisterial work."--Fred Moten, author of In the Break: The Aesthetics of the Black Radical Tradition

"In addition to deepening our understanding of the genealogy of western racism, this volume promises to effect a revaluation of established representations of African American modernism. A vivid demonstration of the affecting form of thoughtful, indeed crucial, provocation that Barrett added to the world."--Donald E. Pease, coeditor of Re-Framing the Transnational Turn in American Studies