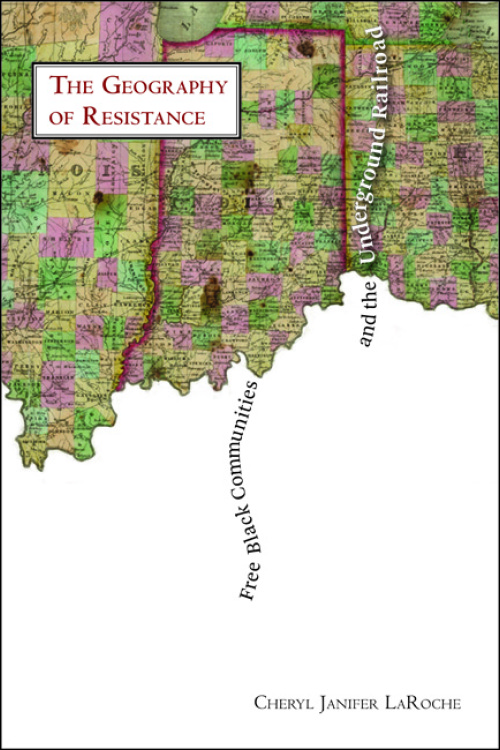 In this enlightening study, Cheryl Janifer LaRoche employs the tools of archaeology to uncover a new historical perspective on the Underground Railroad. Unlike previous histories of the Underground Railroad, which have focused on frightened fugitive slaves and their benevolent abolitionist accomplices, LaRoche focuses instead on free African American communities, the crucial help they provided to individuals fleeing slavery, and the terrain where those flights to freedom occurred. This study foregrounds several small, rural hamlets on the treacherous southern edge of the free North: the African American settlements of Rocky Fork and Miller Grove, Illinois; Lick Creek, Indiana; and Poke Patch, Ohio. LaRoche demonstrates how landscape features such as waterways, iron forges, and caves played a key role in the conduct and effectiveness of the Underground Railroad.

Exploring the religious and fraternal institutions at the heart of these free African American communities, LaRoche demonstrates how the AME and Baptist churches and Prince Hall Masons, in addition to Quakers, provided both physical and social structures that fostered escape from slavery. Rich in oral histories, maps, memoirs, and archaeological investigations, this examination of the "geography of resistance" tells the new, powerful, and inspiring story of African Americans ensuring their own liberation in the midst of oppression.

Cheryl Janifer LaRoche is a lecturer in American studies at the University of Maryland.

"LaRoche deserves praise for her effort to situate free blacks firmly at the center of the scholarship on the Underground Railroad. She also makes contribution to that body of literature."--Civil War Book Review

"This important addition to the scholarship on the Underground Railroad focuses on the role of free black communities. . . . Utilizing archaeology, previously untapped written sources, and oral history, the author makes a convincing argument for including black communities in the narrative about the Underground Railroad. Highly recommended."--Choice

"The Geography of Resistance is carefully researched, tightly organized, and written from the heart. . . . LaRoche recognizes the natural environment as an agent of history, and she deftly weaves the landscape into each story. The book demonstrates the level of scholarship that is now possible thanks to research conducted in recent decades by federal archaeologists and by African American historical organizations, and the work that has been encouraged and guided by the National Park Service."--Annals of Iowa

"An exemplary model of nuanced, interdisciplinary scholarship."--Register of the Kentucky Historical Society

"Of interest to lay readers and scholars alike. Anyone fascinated by the Underground Railroad and black resistance more broadly will profit from this volume."--Kansas History: A Journal of the Central Plains

"The Geography of Resistance is carefully researched, tightly organized, and written from the heart.--The Annals of Iowa

"LaRoche's well-written and carefully researched study provides new insight into the history of the Underground Railroad and will serve as an indispensable resource for anyone who is interested in the study of early nineteenth-century America."--The Journal of the Illinois State Historical Society

"By considering the land itself a "geography of resistance" and using an interdisciplinary approach, LaRoche pushes the boundaries of traditional scholarship. . . . LaRoche marshals significant historical evidence to connect black churches and the Underground Railroad. . . . Quite notable indeed."--The Journal of Southern History

"In this book Cheryl Janifer LaRoche provides a corrective to this gap in the history by taking a broader landscape approach to 'geographies of resistance,' and she also traces in understated terms but powerful examples the silencing of the same history."--The Journal of American History

"LaRoche's work contributes to a more complete understanding of the relationship between free black communities, the black church, and the Underground Railroad."--American Historical Review

"Well researched and well written. . . . The Geography of Resistance: Free Black Communities and the Underground Railroad adds valuable new insights into the story of the migration of African Americans. It broadens the knowledge of a people who were fugitives in their own country, and it will allow future researchers to uncover other places of refuge for these African Americans."--Northern Terminus: The African Canadian History Journal