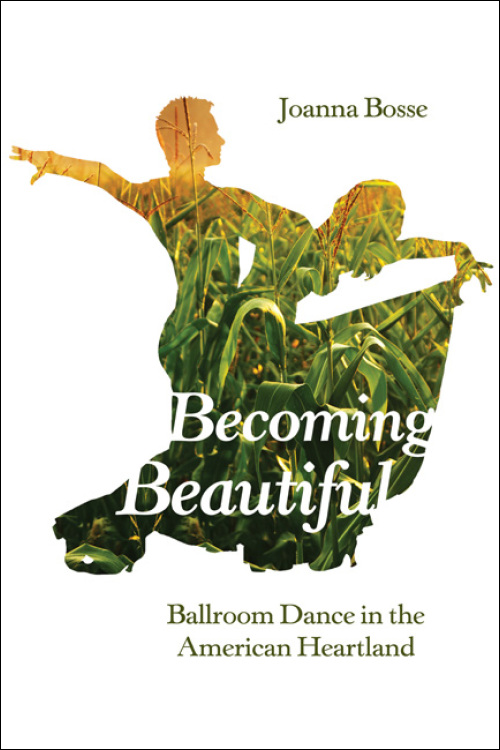 In Becoming Beautiful, Joanna Bosse explores the transformations undergone by the residents of a Midwestern town when they step out on the dance floor for the very first time.

Bosse uses sensitive fieldwork as well as her own immersion in ballroom culture to lead readers into a community that springs up around ballroom dance. The result is a portrait of the real people who connect with others, change themselves, and join a world that foxtrots to its own rules, conventions, and rewards. Bosse's eye for revealing, humorous detail adds warmth and depth to discussions around critical perspectives on the experiences the dance hall provides, the nature of partnership and connection, and the notion of how dancing allows anyone to become beautiful.

Joanna Bosse is an associate professor of ethnomusicology and dance studies at Residential College in the Arts and Humanities at Michigan State University.

"Becoming Beautiful is elegantly conceptualized and artfully written. In her focus on predominantly White, Midwestern, middle and upper class suburbanites who self-identify as ballroom dancers--and who for the most part do not play music themselves--Joanna Bosse explores and problematizes salient issues of class, cosmopolitanism, exoticism, the ethnic/racial imaginary, and musicianship to destabilize a host of foundational markers of the ethnomusicological enterprise, including the function and value of music itself. Her prose is at once engaging and accessible, her thinking rich in theoretical depth and imagination. This is a book that charts new territory at the fused horizons of music, dance, and popular culture studies."--Michael Bakan, author of World Music: Traditions and Transformations

"Joanna Bosse, in Becoming Beautiful, plumbs the personal journeys people undertake 'in intimate conversation' with others in the dance worlds they construct. In doing so, she has produced a work of groundbreaking scholarship which is both moving and profoundly insightful."--Ted Solís, editor of Performing Ethnomusicology: Teaching and Representation in World Music Ensembles

A Short Film by Joanna Bosse