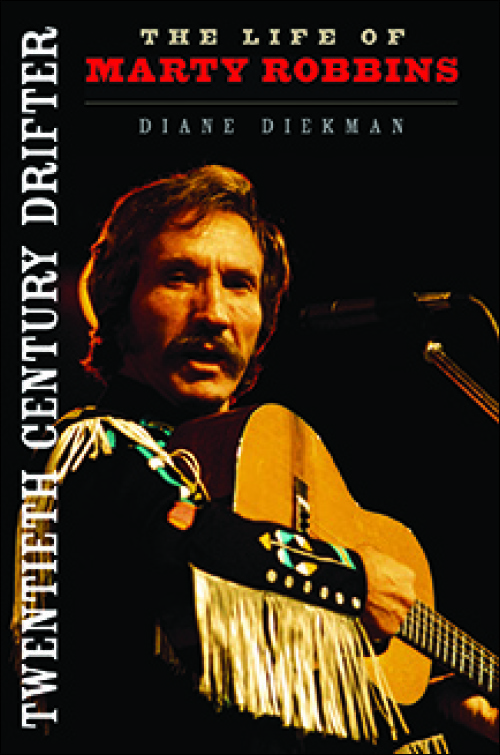 During his three decades as a country music performer, Marty Robbins (1925-1982) placed 94 songs on Billboard's country music charts, with sixteen number-one hits. In addition to two Grammy awards, he was also honored with the Man of the Decade Award from the Academy of Country Music in 1970. His Hawaiian songs, rockabilly hits, teen-angst ballads, pop standards, and country & western classics showcased his exceptional versatility. Yet even with fame and fortune, Robbins always yearned for more. Twentieth Century Drifter: The Life of Marty Robbins is the first biography of this legendary country music artist and NASCAR driver.

Drawing from personal interviews and in-depth research, biographer Diane Diekman explains how Robbins saw himself as a drifter, a man always searching for self-fulfillment and inner peace. Born Martin David Robinson to a hardworking mother and an abusive alcoholic father, he never fully escaped the insecurities burned into him by a poverty-stricken nomadic childhood in the Arizona desert. As Diekman describes, he spent his early teens in trouble with the law and worked an assortment of short-term jobs after serving in combat in World War II.

In 1947 he got his first gig as a singer and guitar player. Too nervous to talk, the shy young man walked onstage singing. Soon he changed his name to Marty Robbins, cultivated his magnetic stage presence, and established himself as an entertainer, songwriter, and successful NASCAR driver. As NASCAR's Bobby Allison said, "He started out being a singer driving a race car, but he became a race car driver who could sing."

For fans of Robbins, NASCAR, and classic country music, Twentieth Century Drifter: The Life of Marty Robbins is a revealing portrait of this well-loved, restless entertainer, a private man who kept those who loved him at a distance.

Diane Diekman, a retired U.S. Navy captain, is the author of Live Fast, Love Hard: The Faron Young Story; Navy Greenshirt: A Leader Made, Not Born; and A Farm in the Hidewood: My South Dakota Home. 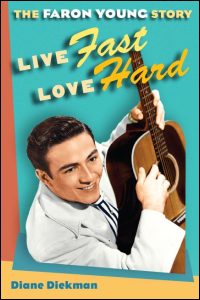 "A well-told and informative biography of a great but overlooked country star."--Country Music People

"In her excellent new, 2012 biography, Diane Diekman explores the personal, more nuanced side of this unique and gifted talent and explains how he was painfully shy by nature."--American Cowboy

"Diekman plucked an interesting character out of a fading era of music and racing history, and delivered a book that deserves a place not just on the bookshelves of music and racing fans, but in the homes of readers who appreciate a uniquely American personality."--The Daily Journal

"Diekman propels the narrative with impressive detail and energy, leaving the reader with an impression that can only echo the admiration and respect of those who knew him."--The Austin Chronicle

"A well-document, insightful chronicle that encompasses both Robbins's career as a musician and his activities as a race-car driver. . . . Recommended."--Choice

"A detailed account of the life and career of country music superstar Marty Robbins. Anyone interested in Robbins or the country music world of his long era will enjoy Diane Diekman's refreshing, compelling narrative."--Ronnie Pugh, author of Ernest Tubb: The Texas Troubadour

"A top country & western artist who crossed over to the pop charts, Marty Robbins deserves this well-written, well-researched account of his life and music. Diekman's expert history is a welcome addition to the oeuvre of classic country music biography."--Holly George-Warren, author of Public Cowboy No. 1: The Life and Times of Gene Autry