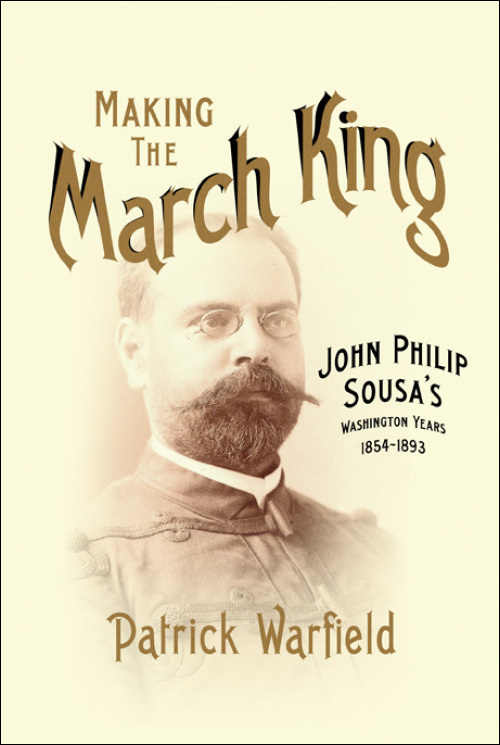 John Philip Sousa's mature career as the indomitable leader of his own touring band is well known, but the years leading up to his emergence as a celebrity have escaped serious attention. In this revealing biography, Patrick Warfield explains how the March King came to be by documenting Sousa's early life and career. Covering the period 1854 to 1893, this study focuses on the community and training that created Sousa, exploring the musical life of late nineteenth-century Washington, D.C., and Philadelphia as a context for Sousa's development.

Warfield examines Sousa's wide-ranging experience composing, conducting, and performing in the theater, opera house, concert hall, and salons, as well as his leadership of the United States Marine Band and the later Sousa Band, early twentieth-century America's most famous and successful ensemble. Sousa composed not only marches during this period but also parlor, minstrel, and art songs; parade, concert, and medley marches; schottisches, waltzes, and polkas; and incidental music, operettas, and descriptive pieces. Warfield's examination of Sousa's output reveals a versatile composer much broader in stylistic range than the bandmaster extraordinaire remembered as the March King.

In particular, Making the March King demonstrates how Sousa used his theatrical training to create the character of the March King. The exuberant bandmaster who pleased audiences was both a skilled and charismatic conductor and a theatrical character whose past and very identity suggested drama, spectacle, and excitement. Sousa's success was also the result of perseverance and lessons learned from older colleagues on how to court, win, and keep an audience. Warfield presents the story of Sousa as a self-made business success, a gifted performer and composer who deftly capitalized on his talents to create one of the most entertaining, enduring figures in American music.

* Publication supported by the Manfred E. Bukofzer Endowment of the American Musicological Society.

Patrick Warfield is an associate professor of music at the University of Maryland and the editor of John Philip Sousa: Six Marches.

"Thorough, engaging and fun. Musicians interested in the evolution of music in the US will be riveted by this study of one of America's most beloved musical icons. Highly recommended."--Choice

"An engaging book, easy to read, full of facts and footnotes."--American Record Guide

"Warfield has brilliantly illuminated how Sousa managed his nascent career to become the March King, providing readers with a remarkable look at how an artist can shape his or her career."--American Music

"Like Sousa's musical programs, the book is both educational and entertaining."--Washington History

"Making the March King is chock full of fresh and previously unpublished details about John Philip Sousa's early years, his influences, his formative experiences, and his strategies for promoting his career and reputation. Recommended for anyone interested in music history and the full story of one of the giants of early American popular culture."--Thomas L. Riis, author of Frank Loesser

"A terrific new book on the early life and times of a composer who has long been as enigmatic as he is familiar."--Kenneth R. Kreitner, author of Discoursing Sweet Music: Brass Bands and Community Life in Turn-of-the-Century Pennsylvania