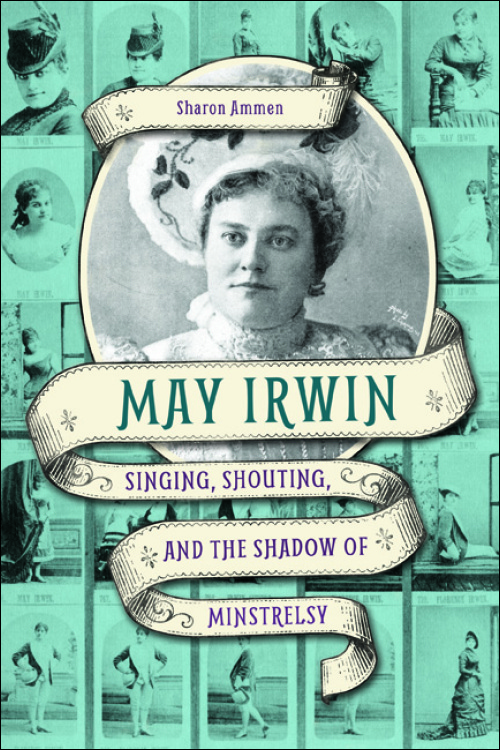 May Irwin reigned as America's queen of comedy and song from the 1880s through the 1920s. A genuine pop culture phenomenon, Irwin conquered the legitimate stage, composed song lyrics, and parlayed her celebrity into success as a cookbook author, suffragette, and real estate mogul.

Sharon Ammen's in-depth study traces Irwin's hurly-burly life. Irwin gained fame when, layering aspects of minstrelsy over ragtime, she popularized a racist "Negro song" genre. Ammen examines this forgotten music, the society it both reflected and entertained, and the ways white and black audiences received Irwin's performances. She also delves into Irwin's hands-on management of her image and career, revealing how Irwin carefully built a public persona as a nurturing housewife whose maternal skills and performing acumen reinforced one another. Irwin's act, soaked in racist song and humor, built a fortune she never relinquished. Yet her career's legacy led to a posthumous obscurity as the nation that once adored her evolved and changed.

A critical and historical biography, May Irwin offers an entrée to a troubling time through the life of one of its most vivid figures.

* Publication of this book was supported by the AMS 75 PAYS Endowment of the American Musicological Society, funded in part by the National Endowment for the Humanities and the Andrew W. Mellon Foundation.

"May Irwin: Singing, Shouting, and the Shadow of Minstrelsy [is] a 10+."--Thousand Islands Life Magazine

"Well-written and thoroughly researched. . . . In exploring the means by which Irwin maintained her place in American popular entertainment, Ammen also connects to continuing research into the history of minstrelsy in popular culture."--Journal of American Drama and Theatre

"This is a valuable biographical study that assesses May Irwin's contributions to comedy while also forging a path that avoided some of the grotesque and low comic traditions associated with female characters. Ammen reassesses Irwin's work in vaudeville and musical comedy, discussing her in relation to both race and gender, and this is a welcome and much needed work on a remarkable comedienne."--Gillian M. Rodger, author of Champagne Charlie and Pretty Jemima: Variety Theater in the Nineteenth Century

"Lovingly rendered and well researched without being simplistic or missing the larger cultural and political context in which May Irwin lived and produced."--Andrew L. Erdman, author of Queen of Vaudeville: The Story of Eva Tanguay