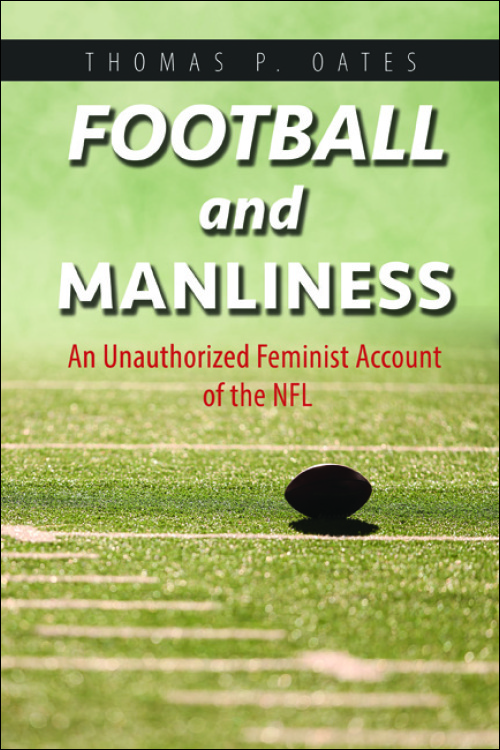 Women, African Americans, and gays have recently upended US culture with demands for inclusion and respect, while economic changes have transformed work and daily life for millions of Americans. The national obsession with the National Football League provides a window on this dynamic period of change, reshaping ideas about manliness to respond to new urgencies on and beyond the gridiron.

Thomas P. Oates uses feminist theory to break down the dynamic cultural politics shaping, and shaped by, today's NFL. As he shows, the league's wildly popular product provides an arena for media producers to work out and recalibrate the anxieties, contradictions, and challenges that characterize contemporary masculinity. Oates draws from a range of pop culture narratives to map the complex set of theories about gender and race and to reveal a league and fan base in flux. Though longing for a past dominated by white masculinity, the mediated NFL also subtly aligns with a new economic reality that demands it cope with the shifting relations of gender, race, sexuality, and class. Indeed, pro football crafts new meanings of each by its canny mobilization of historic ideological processes.

Thomas P. Oates is an assistant professor in the Department of American Studies and School of Journalism and Mass Communication at the University of Iowa. He is a coeditor of The NFL: Critical and Cultural Perspectives.

"Oates compellingly demonstrates the worthiness of the NFL as an urgent and productive site of scholarly inquiry within cultural studies."--Lateral

"What does the NFL have to do with the rise of Donald Trump? Thomas Oates' expansive and readable book provides a riveting and often surprising answer to this question. This vital account of the racist and masculinist populism that is enabled—and occasionally constrained—through the culture of professional football is a must read for scholars and fans alike."--Samantha King, author of Pink Ribbons, Inc: Breast Cancer and the Politics of Philanthropy

"Engaging, thoughtful, and timely, Football and Manliness moves the conversation beyond the gridiron to spotlight the ways that football shapes our collective understanding of masculinity and its implications within the broader social and economic arenas."--David J. Leonard, author of After Artest: The NBA and the Assault on Blackness

Thomas P. Oates on the Politics of football