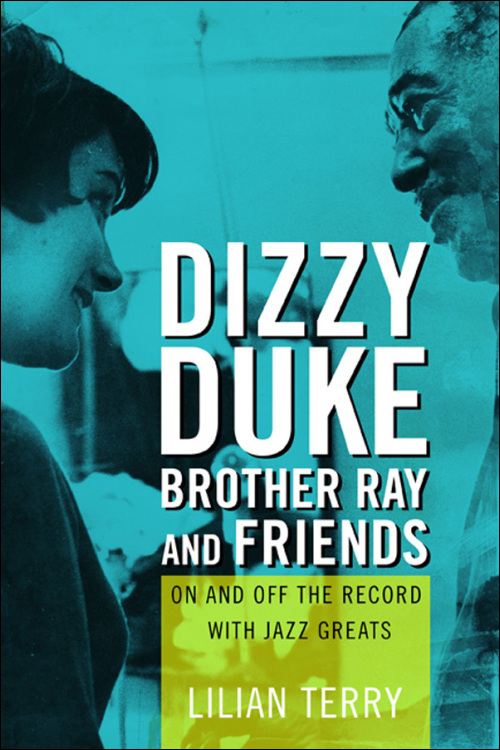 Lilian Terry has lived music. As a performer, she has shared the stage with Ella Fitzgerald and Nina Simone. She cofounded the European Jazz Federation and pioneered jazz education in Italy. Her work as a director-producer of radio and television programs has spread the music by introducing countless people to its legendary performers.

Drawing on Terry’s long friendships and professional associations, Dizzy, Duke, Brother Ray, and Friends offers readers a rare opportunity to hear intimate conversations with some of the world’s greatest musical figures. Dizzy Gillespie offers his thoughts on playing with “sanctified” rhythm and the all-important personal touch in performance. Duke Ellington discourses on jazz history and concludes an interview to sing a self-written ditty in Italian. Ray Charles gives candid thoughts on race and politics while taking charge of Terry’s tape recorder. Abbey Lincoln, Max Roach, Horace Silver, Bill Evans—all provide Terry and her readers with unforgettable encounters. The result is a collection of profiles, some stretching over a decade or more, that reveal these performers in ways that illuminate their humanity and expand our appreciation of their art.

Lilian Terry has been active in the European jazz field since the late 1950s as a singer, journalist, producer, Italian radio and TV personality, and concert organizer.

"Dizzy, Duke, Brother Ray and Friends offers a positive glimpse into the world of beloved jazz artist personalities with amusing anecdotes. From Ellington’s poetry to conversations with Roach, Charles, Silver, and Gillespie, Terry’s shared experiences and interviews present a captivating look into the world of jazz and its private moments."--DownBeat

"This book contains a great deal of fascinating information, much of which has never been available elsewhere. Researchers of the seven subjects will find it very useful as yet another source that can be consulted and integrated into more focused projects. When the stores told are indeed each one-of-a-kind, they are priceless." --ARSC Journal

Praise for Lilian Terry:“Lilian Terry is of the music and for the music and she has the talent to use what she has learned in telling a story. There are a mess of wannabees who try so hard to be hip that they end up in the corn field. The bonafides are few and far between. Lil is the real deal."--Ira Gitler

Praise for Dizzy, Duke, Brother Ray, and Friends:“Lively, well-written, and engaging. Lilian Terry has written nuanced portraits gained from the affection and trust these artists placed in her personally, as a professional in her field, as well as being a talented jazz singer. These writings uniformly go beyond these artists as stars to what makes them human. There is a lot of jazz history here."--Tad Hershorn, author of Norman Granz: The Man Who Used Jazz for Justice

“Terry’s book illuminates the artistic outlooks and personal values of well-known jazz musicians. Much of this book’s uniqueness and appeal comes from the author’s trusted relationships with her subjects. They opened up to her in ways that they did not to conventional interviewers.”--Carl Woideck, author of Charlie Parker: His Music and Life