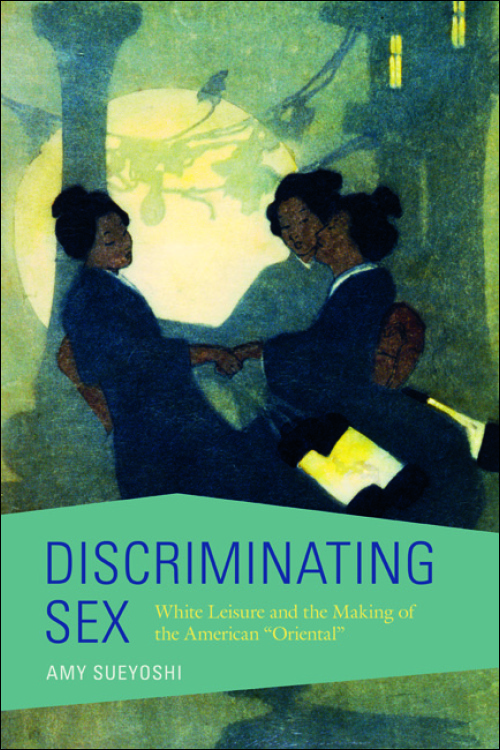 Amy Sueyoshi draws on everything from newspapers to felony case files to oral histories in order to examine how whites' pursuit of gender and sexual fulfillment gave rise to racial caricatures. As she reveals, white reporters, writers, artists, and others conflated Chinese and Japanese, previously seen as two races, into one. There emerged the Oriental—a single pan-Asian American stereotype weighted with sexual and gender meaning. Sueyoshi bridges feminist, queer, and ethnic studies to show how the white quest to forge new frontiers in gender and sexual freedom reinforced—and spawned—racial inequality through the ever evolving Oriental.

Informed and fascinating, Discriminating Sex reconsiders the origins and expression of racial stereotyping in an American city.

Amy Sueyoshi is the associate dean of the College of Ethnic Studies at San Francisco State University. She is the author of Queer Compulsions: Race, Nation, and Sexuality in the Affairs of Yone Noguchi.

"Through meticulous archival research and careful argumentation, Amy Sueyoshi delivers a rich narrative and a bold argument....The book is a splendid example of intersectional analysis that addresses the formation of gender and sexuality and the making of whiteness." --Southern California Quarterly

"Discriminating Sex will threaten some, infuriate others. Nonetheless, Sueyoshi's scholarship as well as the ingenuity of her narrative is sure to astonish as she demonstrates that Euro-American views of gender/sexuality—both their own and of people of color—are imaginaries formed in a crucible of desire, fear, and power."--Lane Ryo Hirabayashi, author of Japanese American Resettlement through the Lens: Hikaru Carl Iwasaki and the WRA's Photographic Section, 1943–1945