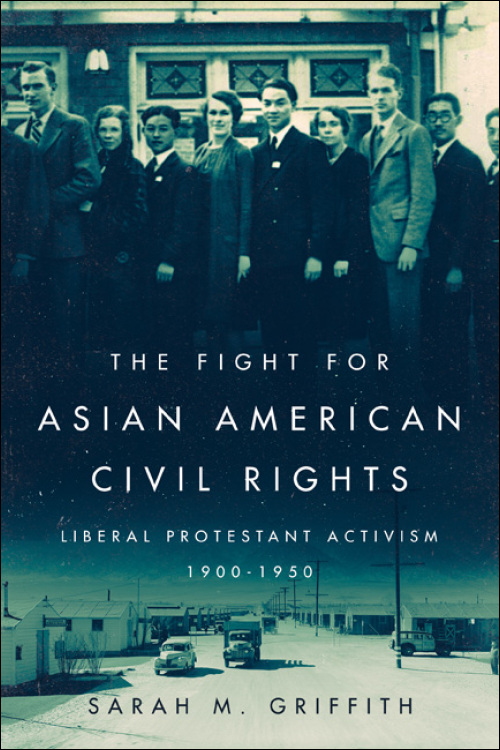 From the early 1900s, liberal Protestants grafted social welfare work onto spiritual concerns on both sides of the Pacific. Their goal: to forge links between whites and Asians that countered anti-Asian discrimination in the United States. Their test: uprooting racial hatreds that, despite their efforts, led to the shameful incarceration of Japanese Americans in World War II.

Sarah M. Griffith draws on the experiences of liberal Protestants, and the Young Men's Christian Association in particular, to reveal the intellectual, social, and political forces that powered this movement. Engaging a wealth of unexplored primary and secondary sources, Griffith explores how YMCA leaders and their partners in the academy and distinct Asian American communities labored to mitigate racism. The alliance's early work, based in mainstream ideas of assimilation and integration, ran aground on the Japanese exclusion law of 1924. Yet their vision of Christian internationalism and interracial cooperation maintained through the World War II internment trauma. As Griffith shows, liberal Protestants emerged from that dark time with a reenergized campaign to reshape Asian-white relations in the postwar era.

Sarah M. Griffith is an associate professor of history at Queens University of Charlotte.

"Scholars of religion and Asian American history should have Griffith's book on their shelves, as it provides a necessary intervention into the fields of Christian interethnic and interracial activism." --American Historical Review

"Griffith does an excellent job of synthesizing the massive amounts of publications produced by these activists and shows how their approach shifted as they attempted to combat nativists and anti-immigration legislation. . . . Her deep analysis of liberal Protestant rhetoric is the book's greatest strength." --Pacific Historical Review

"Griffith adds more white voices of opposition to the racism and nativism of the 1920s, gives more evidence of the global reach of Christian non-governmental organizations, and extends the work of David Hollinger and William Hutchison on the public presence of Protestant liberalism in the twentieth century. " --Journal of American History

"This is a fascinating book that will challenge everything we think we know about race, empire, missionaries, and race politics in the first half of the twentieth century. Go get this book." --Western Historical Quarterly

"YMCA officials with experience as Protestant missionaries in Japan led the defense of Asian Americans in the first half of the twentieth century. Griffith illuminates several decades of anti-racist organizing and writing by a dynamic group of Y leaders, culminating in the group’s climactic and courageous defense of Japanese Americans during World War II. This is a substantial research achievement that broadens our understanding of ecumenical Protestantism and of the history of civil rights."--David A. Hollinger, author of After Cloven Tongues of Fire: Protestant Liberalism in Modern American History