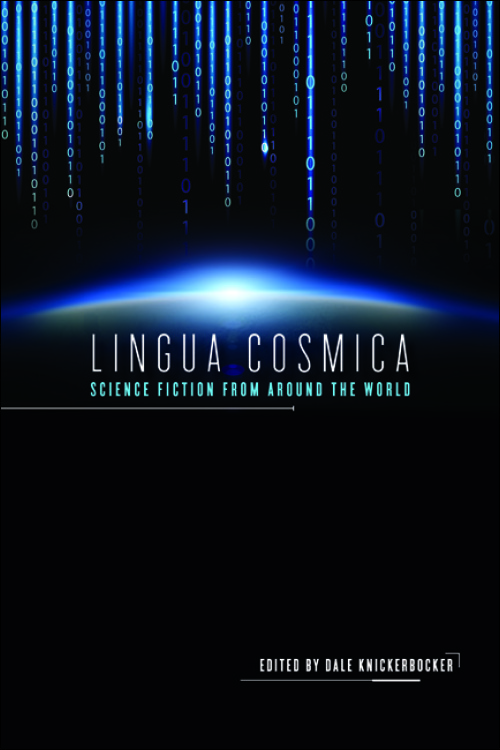 Anthologies, awards, journals, and works in translation have sprung up to reflect science fiction’s increasingly international scope. Yet scholars and students alike face a problem: Where does one begin to explore global SF in the absence of an established canon?

Lingua Cosmica opens the door to some of the creators in the vanguard of international science fiction. Eleven experts offer innovative English-language scholarship on figures ranging from Cuban pioneer Daína Chaviano to Nigerian filmmaker Olatunde Osunsanmi to the Hugo Award–winning Chinese writer Liu Cixin. These essays invite readers to ponder the themes, formal elements, and unique cultural characteristics within the works of these irreplaceable—if too-little-known—artists. Dale Knickerbocker includes fantasists and genre-benders pushing SF along new evolutionary paths even as they draw on the traditions of their own literary cultures.

Dale Knickerbocker is Distinguished Professor of Foreign Languages and Literatures at East Carolina University. He is the author of Juan José Millás: The Obsessive-Compulsive Aesthetic.

"Knickerbocker has done a service with this collection of essays not only to fans of science fiction eager to explore new frontiers, but perhaps more importantly to academic at large, which historically has been reluctant to embrace speculative fiction as a serious subject of scholarly study." --Studies in 20th & 21st Century Literature

"Lingua Cosmica represents an important step forward for the study of international science fiction . . . because of its indisputable success at its major goal of better familiarizing an English-speaking audience with these authors and filmmakers." --Fafnir - Nordic Journal of Science Fiction and Fantasy Research

"Lingua Cosmica is a vital and much-needed resource for people interested in world sf and what is or is not in English." --SFRA Review

"Lingua Cosmica introduces Anglo scholars to a rich tradition of science fiction around the world. An exciting new perspective on a genre we thought we knew, Knickerbocker’s volume sets a new research agenda for global sf studies."--Sherryl Vint, coeditor of The Routledge Concise History of Science Fiction

"If you’re looking for excellent scholarship on 'global' science fiction, Lingua Cosmica should be your top choice. Its offers very perceptive essays on a broad variety of non-Anglo-American sf authors and cineastes written by some of the most respected experts in the field."--Arthur B. Evans, editor of Vintage Visions: Essays on Early Science Fiction