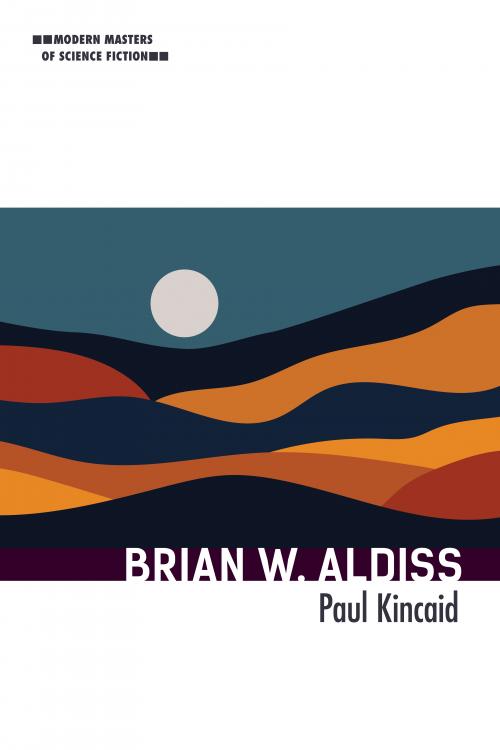 Brian W. Aldiss wrote classic science fiction novels like Report on Probability A and Hothouse. Billion Year Spree, his groundbreaking study of the field, defined the very meaning of SF and delineated its history. Yet Aldiss’s discomfort with being a guiding spirit of the British New Wave and his pursuit of mainstream success characterized a lifelong ambivalence toward the genre.

Paul Kincaid explores the many contradictions that underlay the distinctive qualities of Aldiss’s writing. Wartime experiences in Asia and the alienation that arose upon his return to the cold austerity of postwar Britain inspired themes and imagery that Aldiss drew upon throughout his career. He wrote of prolific nature overwhelming humanity, believed war was madness even though it provided him with the happiest period of his life, and found parallels in the static lives of Indian peasants and hidebound English society. As Kincaid shows, contradictions created tensions that fueled the metaphorical underpinnings of Aldiss's work and shaped not only his long career but the evolution of postwar British science fiction.

Paul Kincaid is a Clareson Award-winning critic. His previous volume for Modern Masters of Science Fiction, Iain M. Banks, won a BSFA Award. His other books include What It Is We Do When We Read Science Fiction and The Unstable Realities of Christopher Priest.

"Brian Aldiss was science fiction’s most gifted stylist: innovative, elegant, mercurial and always highly readable. He was tirelessly prolific, producing not only stories of adventure in space, travelers through time and several noxious alien beings, but also experimental literary fiction and thoughtful memoir. Paul Kincaid’s superb and closely attentive account of his life and work covers the full Aldiss range, responding sympathetically not only to the extraordinary variety but also the level of ambition."--Christopher Priest, four-time winner of the BSFA Award"Paul Kincaid's cogent, career-spanning study of Brian Aldiss's life and work is a valuable contribution to SF studies. He expertly covers the many books in Aldiss's canon, shedding new light on areas that have received little scholarly attention while enumerating the author’s importance to the SF megatext. Accessible and illuminating, Brian W. Aldiss should be read by anybody writing about Aldiss, but it's also an enjoyable biography."--D. Harlan Wilson, author of J. G. Ballard

Read an interview with Paul Kincaid about Brian Aldiss