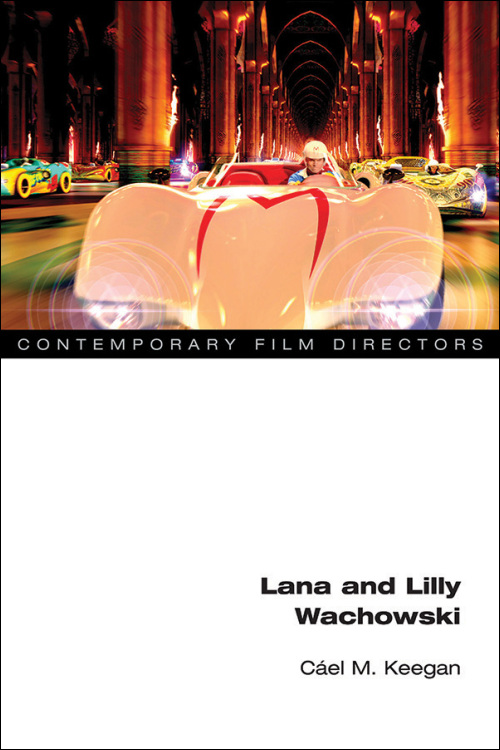 Lana and Lilly Wachowski have redefined the technically and topically possible while joyfully defying audience expectations. Visionary films like The Matrix trilogy and Cloud Atlas have made them the world's most influential transgender media producers, and their coming out retroactively put trans* aesthetics at the very center of popular American culture.

Cáel M. Keegan views the Wachowskis' films as an approach to trans* experience that maps a transgender journey and the promise we might learn "to sense beyond the limits of the given world." Keegan reveals how the filmmakers take up the relationship between identity and coding (be it computers or genes), inheritance and belonging, and how transgender becoming connects to a utopian vision of a post-racial order. Along the way, he theorizes a trans* aesthetic that explores the plasticity of cinema to create new social worlds, new temporalities, and new sensory inputs and outputs. Film comes to disrupt, rearrange, and evolve the cinematic exchange with the senses in the same manner that trans* disrupts, rearranges, and evolves discrete genders and sexes.

"An admirable, focused study of the Wachowski sisters, best known for their postmillennial science fiction films, especially The Matrix franchise....makes a case for considering their work alongside the canon of new queer cinema, despite their exclusion from that corpus at the time of its formation. Highly recommended." --Choice

"Keegan approaches trans* in the Wachowskis' cinema not in terms of literal, figurative representation but rather as a lens through which new forms and narratives may be evinced. Trans* thus becomes at once an ideological critique, method, and sensory experience." --Film Quarterly

"A beautifully poetic--detailed and elaborate, yet at the same time cohesive and linear--work of trans* inquiry and critique. At its heart, Keegan offers a 'loving' and critical technology of sensing, a somatechnical disposition with which one may be immersed in the Wachowskis' offer to sense differently, through the trajectories of gender and cinema." --Somatechnics

"His attention to the sensorial and material--traced vividly through his method of close reading--are necessary approaches for scholars working to account for how race and gender intersect within trans* cinema." --Transgender Studies Quarterly

"This captivating book does more than argue persuasively for the centrality of the Wachowskis' oeuvre in the recent history of cinema: it demonstrates how their embodied transgender experience is a central component of their aesthetic vision, and how transgender experience has become paradigmatic of visual semiotic practices in the increasingly ubiquitous digital media environment. Keegan offers lucid close readings of the entire Wachowski filmography, while also mapping generative points of overlap and intersection between cinema studies and trans studies. It makes a significant contribution to both fields."--Susan Stryker, founding coeditor, Transgender Studies Quarterly

"This book is a revelation! Leaving behind the more pedestrian methods of examining cinematic narratives of transgender lives, Cael Keegan goes one huge step beyond. With this book on Lana and Lilly Wachowski, we have in our hands the first book to consider the transgender content of the Wachowskis' massively influential cinematic practice. The trans* cinema of the Wachowskis is, according to Keegan, not just disruptive and wildly imaginative, although it is definitely that, it also represents an expansion of the popular imagination and a very different sense of life in and beyond the matrix. Keegan gives a masterful account of the Wachowskis' world and drops his readers down the rabbit hole of a trans* altered reality. Bon voyage."--Jack Halberstam, author of Gaga Feminism: Sex, Gender, and the End of Normal