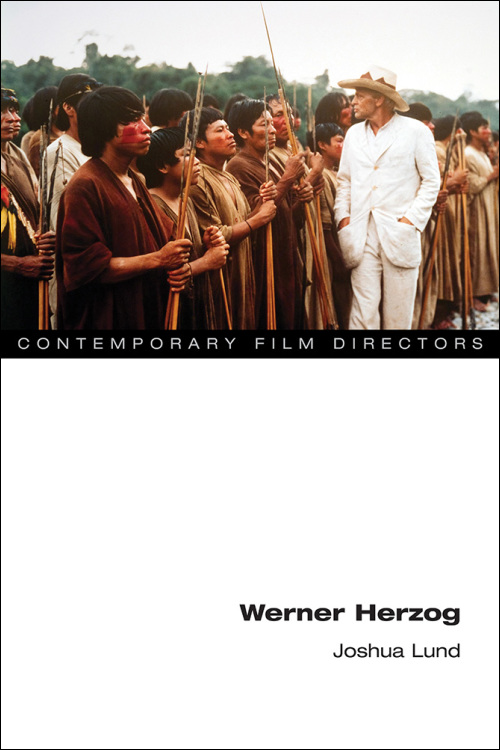 Werner Herzog's protean imagination has produced a filmography that is nothing less than a sustained meditation on the modern human condition. Though Herzog takes his topics from around the world, the Americas have provided the setting and subject matter for iconic works ranging from Aquirre, The Wrath of God, and Fitzcarraldo to Grizzly Man.

Joshua Lund offers the first systematic interpretation of Werner Herzog's Americas-themed works, illuminating the director's career as a political filmmaker—a label Herzog himself rejects. Lund draws on materialist and post-colonial approaches to argue that Herzog's American work confronts us with the circulation, distribution, accumulation, application, and negotiation of power that resides, quietly, at the center of his films. By operating beyond conventional ideological categories, Herzog renders political ideas in radically unfamiliar ways while fearlessly confronting his viewers with questions of world-historical significance. His maddeningly opaque viewpoint challenges us to rethink discovery and conquest, migration and exploitation, resource extraction, slavery, and other foundational traumas of the contemporary human condition.

Joshua Lund is a professor of Spanish at the University of Notre Dame. He is the author of The Mestizo State: Reading Race in Modern Mexico and The Impure Imagination: Toward a Critical Hybridity in Latin American Writing.

"This thoughtful study offers a worthwhile critical perspective on Werner Herzog, one of the world's great living film artists." --The Arts Fuse

"From the fascinating films of Werner Herzog, Joshua Lund crafts a striking book that sheds light on the political significance of a range of aesthetic issues. Behind Herzog's films stands the ghost of America, confronting us with the tragic powerlessness of her heroes and meditating on the historical failure of her cultural-economic model. We have never seen Herzog's films with greater clarity."--Luc Vancheri, author of Psycho: La leçon d'iconologie d'Alfred Hitchcock

"This is a book that was written to be read. With a view to shedding light on Herzog’s notoriously hard-to-pin-down politics, Lund focuses on the idea of “America” as it figures in Herzog’s oeuvre, treating it as a broad and privileged category for reflecting on capitalist modernity. Each of the main chapters of Werner Herzog centers on a single film, tracing the arc of its plot, elegantly interweaving observations about other Herzog films, unusual historical and literary material, and commentary on the growing critical literature. It does all this without devolving into an easily forgotten scholasticism. Lund’s concerns go to the heart of what is so powerful and disorienting about Herzog’s work. By the end of each chapter, one has been expertly led along an unpredictable path to a fresh apprehension of the films. The book has everything that one wants from film criticism: excellent writing; suspense and surprise; erudition; and most of all, a strong and irreverent critical voice, worthy of Herzog’s own renegade sensibility."--Salomé Aguilera Skvirsky, author of The Process Genre: Cinema and the Aesthetic of Labor