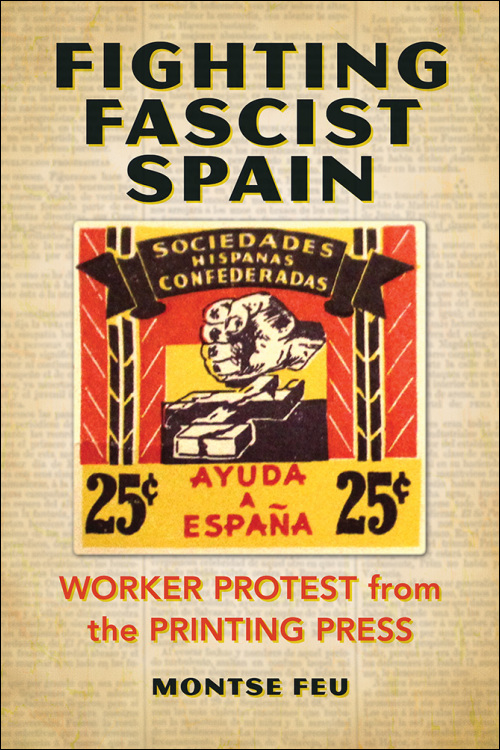 In the 1930s, anarchists and socialists among Spanish immigrants living in the United States created the publication España Libre (Free Spain) as a response to the Nationalist takeover in their homeland. Worker-oriented and avowedly antifascist, the grassroots periodical raised money for refugees and political prisoners while advancing left-wing culture and politics. España Libre proved both visionary and durable, charting an alternate path toward a modern Spain and enduring until democracy's return to the country in 1977.

Montse Feu merges España Libre's story with the drama of the Spanish immigrant community's fight against fascism. The periodical emerged as part of a transnational effort to link migrants and new exiles living in the United States to antifascist networks abroad. In addition to showing how workers' culture and politics shaped their antifascism, Feu spotlights creative works that ranged from literature to satire to cartoons to theater. As España Libre opened up radical practices, it encouraged allies to reject violence in favor of social revolution's potential for joy and inclusion.

Montse Feu is an associate professor of Hispanic studies and co-advisor of graduate studies for the Spanish program at Sam Houston State University. She is coeditor of Writing Revolution. Hispanic Anarchism in the United States.

"Fighting Fascist Spain elucidates the courage, creativity, and endurance necessary to keep this publication, its community, and its cause alive through decades of setbacks for antifascist Spanish exiles, both in their adopted homes in the United States and in Spain. . . . Feu's book reanimates a unique, print-based approach to resisting fascism and promoting democracy during that period while providing lessons that inform our understanding of the relationship between media, democracy, and resistance today." --American Periodicals

"Montse Feu has produced a detailed and comprehensive history of the most important newspaper and its network of artists, intellectuals and common folk who worked together for some four decades to combat fascism in Franco’s Spain. After more than ten years of exhaustive research, Feu has successfully brought to light this important chapter in the making of the US Latino community and its transnational impact. Taking the combative periodical España Libre as the axis around which community organizations in New York coalesced and found common cause, Feu identifies all of the major actors and their ideologies, with particular attention to the role that anarchism played in educating and inspiring workers. This is a book that will stand the test of time, as well as inspire many more years of research on such themes as Hispanic immigrants and exiles in the United States and their relationship to politics in their homeland(s), relationships and networks of the various Hispanic nationality groups in building a shared identity, gender roles among Hispanic intellectuals and community organizations, art and politics, and above all, the role of print culture in the development of these themes."--Nicolás Kanellos, author of Hispanic Immigrant Literature: El Sueño del Retorno

"In this groundbreaking book, Montse Feu brings together a story of immigrants, print media, and transnational solidarity. Through meticulous archival research, Feu is able to craft a fascinating interwoven history about grassroots activism, anti-fascist organizing, and the global circulation of radical media from the perspective of Spanish immigrants in the United States. The book is also an important contribution to the bourgeoning scholarship on the Spanish Civil War’s impact across the Americas."--Jorell A. Meléndez-Badillo, Dartmouth College

"An important, deeply researched, and well-written book. Feu has given us the definitive work on Spanish Civil War exiles in the United States."--Kenyon Zimmer, author of Immigrants against the State: Yiddish and Italian Anarchism in America