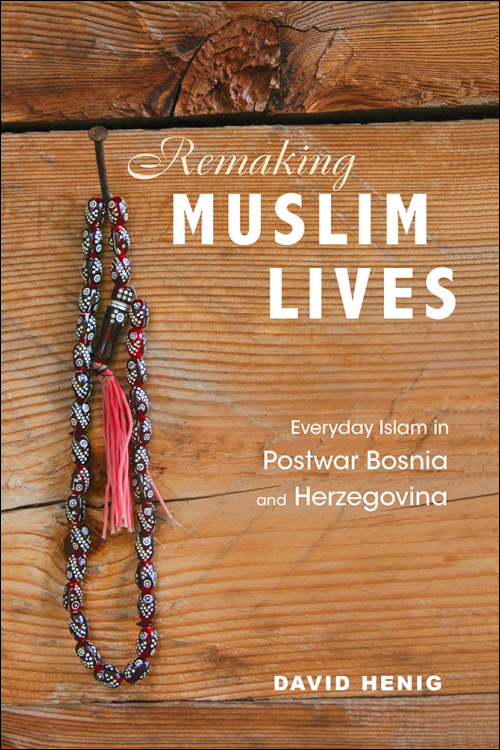 The violent disintegration of Yugoslavia and the cultural and economic dispossession caused by the collapse of socialism continue to force Muslims in Bosnia and Herzegovina to reconfigure their religious lives and societal values. David Henig draws on a decade of fieldwork to examine the historical, social, and emotional labor undertaken by people to live in an unfinished past--and how doing so shapes the present. In particular, Henig questions how contemporary religious imagination, experience, and practice infuse and interact with social forms like family and neighborhood and with the legacies of past ruptures and critical events. His observations and analysis go to the heart of how societal and historical entanglements shape, fracture, and reconfigure religious convictions and conduct.

Provocative and laden with eyewitness detail, Remaking Muslim Lives offers a rare sustained look at what it means to be Muslim and live a Muslim life in contemporary Bosnia and Herzegovina.

David Henig is an associate professor in the Department of Cultural Anthropology at Utrecht University.

"Through his graceful rendering of lives constrained by debt and foreshortened economic horizons, Henig reveals the potent entwining of religion and history that shapes village life and orients social worlds in this rural space of Bosnia and Herzegovina. Remaking Muslim Lives is a beautifully written book about futures and pasts and the everyday work in between."--Sarah E. Wagner, coauthor of Srebrenica in the Aftermath of Genocide

"Thanks to his curiosity and sensitivity to the lived experiences of religion, David Henig takes us beyond the clichéd images of Islam in Europe in this vivid ethnography of Muslim lives in postwar Bosnia and Herzegovina. As he explores small-town mosques, village houses, and communal graveyards, Henig pauses to reveal perceptive new insights and pose thoughtful questions that will resonate with historians, sociologists, anthropologists, and others interested in the layered meanings of Muslim religious practice today."--Edin Hajdarpasic, author of Whose Bosnia? Nationalism and Political Imagination in the Balkans, 1840–1914

"The Muslim communities Henig describes are centuries-old, yet their villages, orchards, and fields are vulnerable possessions. Islam and the vital exchanges it creates -- among people and with God--give Muslims in Bosnia and Herzegovina a tenacious grip on time and space. Henig traces these exchanges in amazing detail. He takes us beyond questions of whether Islam can be European to places where divinity and identity have already been woven into moral systems of incredible staying power. His analysis is driven by the sacred power of those places."--Andrew Shryock, author of Deep History: the Architecture of Past and Present