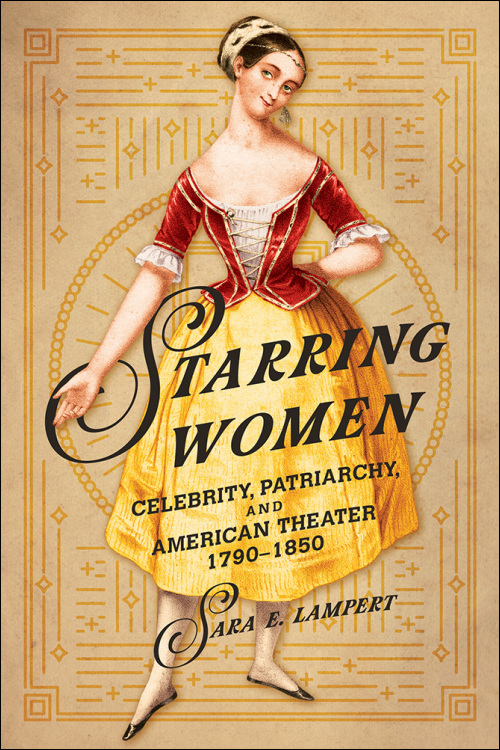 Women performers played a vital role in the development of American and transatlantic entertainment, celebrity culture, and gender ideology. Sara E. Lampert examines the lives, careers, and fame of overlooked figures from Europe and the United States whose work in melodrama, ballet, and other stage shows shocked and excited early U.S. audiences. These women lived and performed the tensions and contradictions of nineteenth-century gender roles, sparking debates about women's place in public life. Yet even their unprecedented wealth and prominence failed to break the patriarchal family structures that governed their lives and conditioned their careers. Inevitable contradictions arose. The burgeoning celebrity culture of the time forced women stage stars to don the costumes of domestic femininity even as the unsettled nature of life in the theater defied these ideals.

A revealing foray into a lost time, Starring Women returns a generation of performers to their central place in the early history of American theater.

* Publication of this book was supported by funding from University of South Dakota College of Arts and Sciences.

Sara E. Lampert is an associate professor of history at the University of South Dakota.

"Starring Women builds on much-needed expansion of the role women played in the development of North American theatre. These works all call for further examination of women and their role in early American theatre." --Theatre Survey

"Sara E. Lampert offers a valuable new study of women performers on the early American stage that brings the concerns of women's history to bear on histories of theater and drama in the early United States. . . . The insights of this fine work of scholarship open exciting new avenues in nineteenth-century theater history." --American Nineteenth Century History

"As Sara A. Lampert ably shows, the most prominent female actors often outmatched their male peers in fame, reputation, and--most importantly--income. . . . Starring Women takes a deeply researched look at the lives and careers of the major actresses of the first half of the nineteenth century, most forgotten, even by theater historians. . . . This is a fascinating book." --Journal of American History

"An excellent intervention in women's history and theater history, with significant new insights into the precarious gender politics that accompanied star female actors' appearance and the ways the economic underpinnings of the business of theater colored those politics. This is an important book."--Carolyn Eastman, author of A Nation of Speechifiers: Making an American Public after the Revolution

"Starring Women illuminates how female celebrity culture bloomed within the newly forming middle-class structures of patriarchal America. With vivid prose and a keen sense of theory, Lampert establishes how early female stars employed 'public intimacy' to assert domestic femininity in the midst of what was an undeniably male world of entertainment. Lampert's book should be required reading for anyone interested in gender, early American history, celebrity, and the nineteenth-century stage."--Renée M. Sentilles, author of American Tomboys, 1850–1915