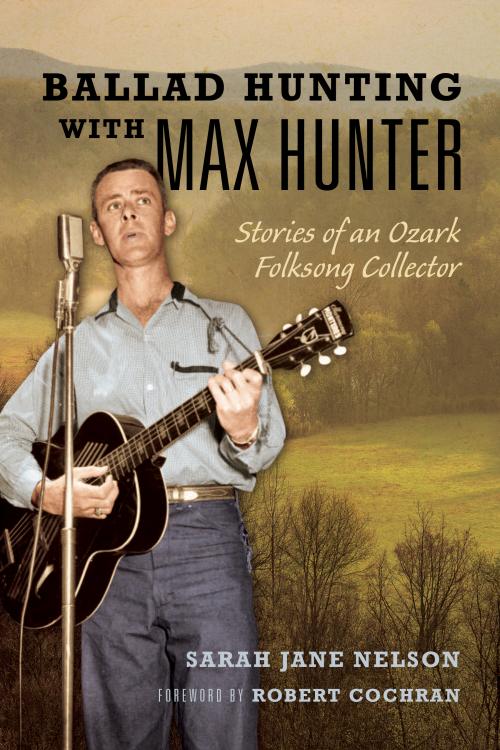 A traveling salesman with little formal education, Max Hunter gravitated to song catching and ballad hunting while on business trips in the Ozarks. Hunter recorded nearly 1600 traditional songs by more than 200 singers from the mid-1950s through the mid-1970s, all the while focused on preserving the music in its unaltered form.

Sarah Jane Nelson chronicles Hunter’s song-collecting adventures alongside portraits of the singers and mentors he met along the way. The guitar-strumming Hunter picked up the recording habit to expand his repertoire but almost immediately embraced the role of song preservationist. Being a local allowed Hunter to merge his native Ozark earthiness with sharp observational skills to connect--often more than once--with his singers. Hunter’s own ability to be present added to that sense of connection. Despite his painstaking approach, ballad collecting was also a source of pleasure for Hunter. Ultimately, his dedication to capturing Ozarks song culture in its natural state brought Hunter into contact with people like Vance Randolph, Mary Parler, and non-academic folklorists who shared his values.

Sarah Jane Nelson is a writer and musical performer. She has written on music for Old-Time Herald, Ozarks Watch, Fiddler Magazine, and other publications.

"Vividly illuminates the efforts of a remarkable ballad-hunter, festival impresario, and personality, while offering attention to nationwide folksong currents intersecting with the Ozarks. There is an audience of scholars, folksong performers and enthusiasts, and Ozarks residents and aficionados awaiting this book."--James P. Leary, author of Folksongs of Another America: Field Recordings from the Upper Midwest, 1937–1946