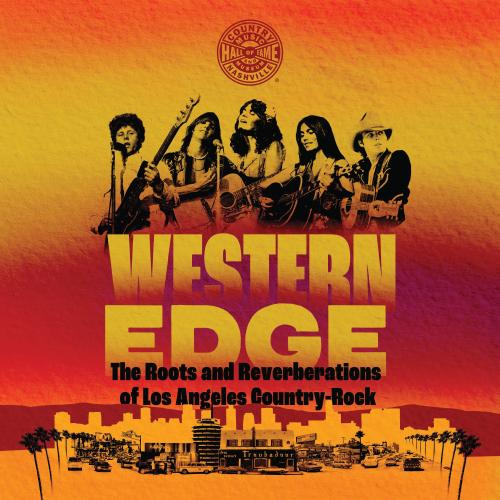 The Roots and Reverberations of Los Angeles Country-Rock
Author: By the Staff of the Country Music Hall of Fame and Museum
Foreword by Linda RonstadtMain Essay by Randy Lewis
An examination of the growth and flowering of country-rock in L.A.
Paper – $24.95
978-0-915608-37-9
Paperback: 11/15/2022
Series: Country Music Hall of Fame
Buy the Book Request Desk/Examination Copy Request Review Copy Request Rights or Permissions Request Alternate Format Preview

In Los Angeles, from the early 1960s through the late 1980s, young musicians and singers formed tight-knit musical communities anchored by nightclubs such as the Ash Grove, the Troubadour, and the Palomino. These musicians injected elements of folk, bluegrass, and country to enliven and reinvigorate the sounds of pop and rock.

The music flowing from these scenes exerted a lasting influence that would stretch the boundaries and alter the course of both rock and country music. This book, a companion to a major multi-year exhibition at the Country Music Hall of Fame and Museum, traces a musical evolution beginning with California folk and bluegrass groups, which led to the country-rock sounds of the Byrds; Linda Ronstadt; Emmylou Harris; the Eagles; Crosby, Stills, Nash, and Young; and many more. In the 1980s, a new wave of L.A. roots-rock ushered in Dwight Yoakam, Los Lobos, and Lone Justice.

Richly illustrated with photographs of key musicians on the scene along with treasured items loaned to the museum for the exhibition, Western Edge takes readers on a dazzling journey to a time and place when the beat and grit of rock met the harmonies and the twang of country to produce sounds that reverberate to this day.

“The sound that upended Linda Ronstadt’s life in 1965 and brought her to Los Angeles a few months later also would soon alter the course of music of the late 1960s and explode as a dominant force in the pop world through the 1970s: L.A. country-rock.”--Randy Lewis, Los Angeles music journalist, from the book’s main essay