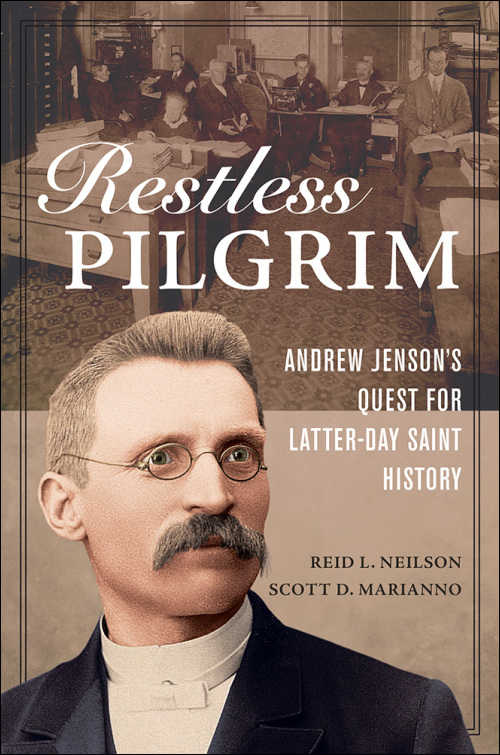 Andrew Jenson undertook a lifelong quest to render the LDS historical record complete and comprehensive. As Assistant Church Historian of the Church of Jesus Christ of Latter-day Saints, Jenson tirelessly carried out his office's archival mission and advocated for fixed record keeping to become a duty for Latter-day Saints. Reid L. Neilson and Scott D. Marianno offer a new in-depth study of Jenson's long life and career. Their account follows Jenson from his arrival as a Danish immigrant to 1860s Utah through trips around the world to secure documents from far-flung missions, and on to his public life as a newspaper columnist and interpreter of LDS history. Throughout, Jenson emerges as a figure dedicated to the belief that recorded history united past and present Latter-day Saints in heaven and on earth--and for all eternity.

Engaging and informed, Restless Pilgrim is a groundbreaking study of an important figure in Latter-day Saint intellectual life during a transformative era.

"Restless Pilgrim features clear prose, meticulous research, and a high standard for accuracy and context. The authors narrate Jenson's globetrotting quest for documents and his efforts to systematize the preservation of local records. This penchant for record keeping has been an incalculable gift, not just to church members but to historians of American religion more generally."--John G. Turner, author of The Mormon Jesus: A Biography and Brigham Young: Pioneer Prophet