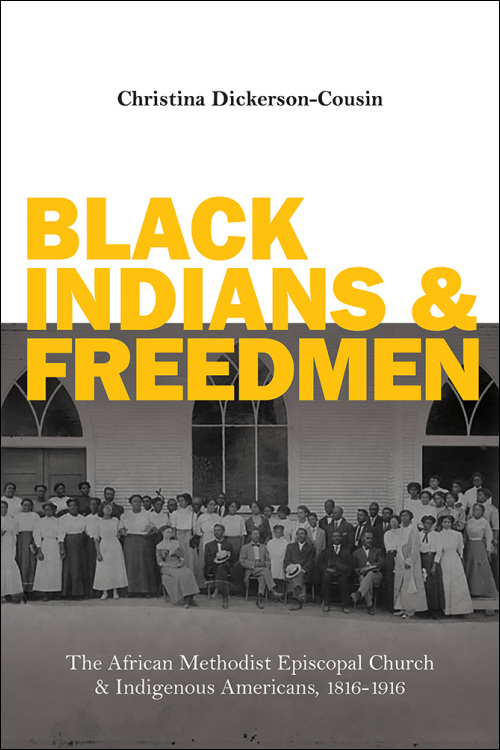 Often seen as ethnically monolithic, the African Methodist Episcopal (AME) Church in fact successfully pursued evangelism among diverse communities of indigenous peoples and Black Indians. Christina Dickerson-Cousin tells the little-known story of the AME Church’s work in Indian Territory, where African Methodists engaged with people from the Five Civilized Tribes (Cherokees, Creeks, Choctaws, Chickasaws, and Seminoles) and Black Indians with various ethnic backgrounds. These converts proved receptive to the historically black church due to its traditions of self-government and resistance to white hegemony, and its strong support of their interests. The ministers, guided by the vision of a racially and ethnically inclusive Methodist institution, believed their denomination the best option for the marginalized people. Dickerson-Cousin also argues that the religious opportunities opened up by the AME Church throughout the West provided another impetus for black migration.

Insightful and richly detailed, Black Indians and Freedmen illuminates how faith and empathy encouraged the unique interactions between two peoples.

Christina Dickerson-Cousin is an assistant professor of history at Quinnipiac University.

"An excellent study that analyzes the role of the AME Church members in westward expansion and migration, who provided stability and institution building to many black settlements in the West, incorporated Black Indians within the larger African American community, and evangelized among Native American populations."--Lawrence S. Little, author of Disciples of Liberty: The African Methodist Episcopal Church in the Age of Imperialism, 1884-1916