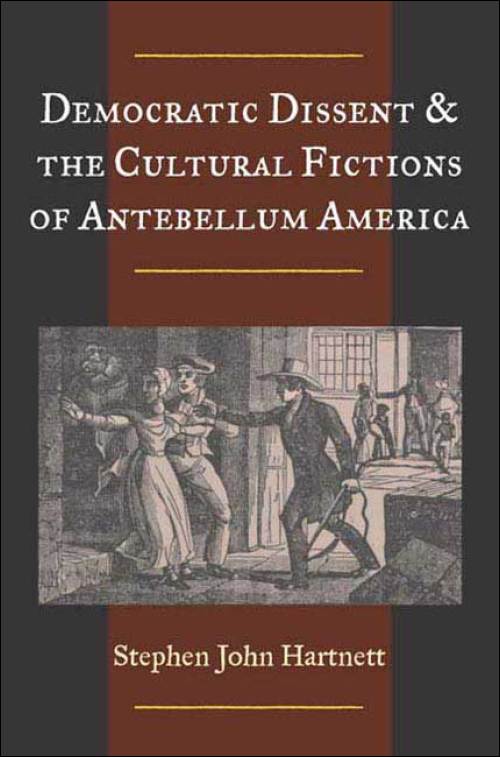 In this wide-ranging interdisciplinary study, Stephen John Hartnett explores the "cultural fictions" that accompanied and undergirded public debates in antebellum America regarding abolition and capitalism, race and slavery, manifest destiny and empire, and representation and self-making.

Drawing on a rich array of persuasive materials--including speeches and debates, novels and poems, newspaper articles and advertisements, daguerreotypes and paintings, protest pamphlets, reform manifestos, and scientific reports--Hartnett investigates how cultural fictions were presented, how they reflected or exploited larger cultural norms, and why some were more persuasive than others. By focusing on case studies of antebellum persuasion, he shows how these cultural fictions were pressed into the service of specific political goals and how they both facilitated and complicated the practice of democratic dissent. He also reveals how, behind the intangibles of freedom, liberty, and equality, the imperatives of modern capitalism and white supremacy exerted an unrelenting influence on the period's political debates.

Through a series of detailed rhetorical analyses, Hartnett demonstrates how political persuasion relies in large part on marshaling evidence peripheral to the specific arguments at hand. For example, he shows how in the process of refuting each other's political positions, abolitionists and pro-slavery advocates in turn debated how modernity and capitalism were transforming their society. Likewise, his case studies illustrate how the period's debates about race, slavery, modernity, and capitalism were complicated by America's ascent toward continental empire, and how the emergence of the daguerreotype as a mid-century consumer fad dovetailed with the rise of phrenology and criminology.

Generous in scope and dramatic in detail, Democratic Dissent and the Cultural Fictions of Antebellum America brilliantly unravels the paradoxes of democracy while reminding us that the most powerful political arguments are often those situated furthest from the political issue at hand.

"Hartnett intends to advance postmodern social theory by analyzing a broad range of persuasive materials of the antebellum era, from daguerreotypes to political pamphlets, to ascertain the 'cultural fictions' that made them persuasive to their intended audiences. He chooses this era because it was a period of transition to modernity. The essence of the apparent 'democracy' of the time, he believes, was the articulation of contrasting cultural fictions and argument over them, validating the political system while at the same time attacking it." -- Choice

"Through a multi-disciplinary approach . . . Hartnett examines 'cultural fictions' prevalent in antebellum America and how they were used to inform particular political goals. Relying on a number of resources from the mid-19th century, including public speeches, fiction, journalism, and artistic renderings, Hartnett argues that these cultural fictions were created and used by the public to provide a generally accepted and justified social consistency." --Civil War Book Review